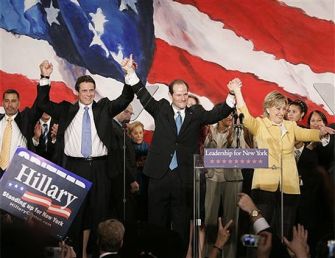 In a fall 2007 bond proposal, incoming Gov. Eliot Spitzer and Lt. Gov. David Paterson are hoping to sell voters on spending up to $2 billion over 10 years to promote advances and economic development through research on stem cells and in other life sciences (Gannett News Service).

Back in 2005, a polling study conducted by the Survey Research Institute at Cornell University depicted a NY public, that while still yet to solidify their opinions, appear supportive of spending big state cash on stem cell research.

According to the results, 45% of NYers would be likely to vote for such a bond proposal, 26% would be opposed, and 27% did not have a opinion. Interestingly, there were no significant differences on the matter between upstate and downstate voters, an unusual finding for New York. For those that opposed such a proposal, not surprisingly, the most popular reason was that stem cell research was unethical or immoral (37%), followed by state budget and spending concerns (21%).