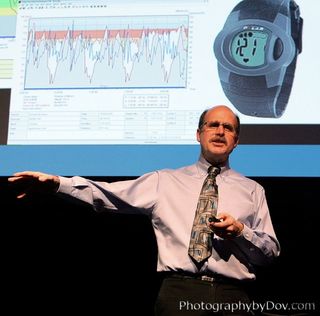 For anyone interested in learning “what’s next,” Paul Saffo’s keynote address at the World Innovation Forum in New York City earlier this week presented a number of tantalizing previews. According to Saffo, “What’s Next” is not a souped-up “semantic Web” — instead, it’s the wide-scale distribution of sensor technology and RFID chips and the emergence of biology as the dominant scientific paradigm of our time. According to Saffo, sensor technology is ready to disrupt the world in unknown and fascinating ways — and not just if you happen to own a pair of Nike running shoes and an iPod nano. “Put RFID chips and sensors on wheels, and you have a robot.”