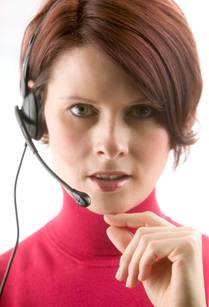 Since last fall, poll questions across surveys have tapped public belief in the link between hurricanes and global warming. In this post, I provide a round up of poll findings in chronological order starting last year just after Katrina hit.

The impacts of Katrina and Rita received saturation news coverage. The televised drama combined with the frame contest to connect the storm to global warming was very likely to move public opinion. According to Pew, more Americans reported paying “very close” attention to the Katrina story (73%) than any other event in recent American history, with the exception of the Challenger shuttle disaster (80%) and the September 11 terrorist attacks (78%).

Cross-sectional poll trends do not allow researchers to directly examine casuality when it comes to possible media effects on public opinion. The closest way to get at casuality would be to conduct a panel study surveying a sample of respondents before Katrina hit and then re-surveying the same respondents across subsequent months, looking for variations in opinion across levels of attention to news coverage, use of different news sources, and the statistical interaction between news attention and predispositions like education level, partisanship, and ideology. Of course, no such data exists in this case, so poll trends remain the best available evidence.

Read on for the poll results….

FOX NEWS/OPINION DYNAMICS 9/13-9/14/05
Which do you think was more likely the cause of Hurricane Katrina’s extraordinary strength–global warming or a random act of nature?

ABC NEWS 9/23-9/2705
Do you think the severity of recent hurricanes (Katrina and Rita) is most likely the result of global climate change, or is it just the kind of severe weather events that happen from time to time?

CONTEXT: In the Pew and Fox polls taken just after Hurricane Katrina hit, roughly only a quarter of respondents connected global warming to Katrina. This proportion holds despite differences in question wording and sample differences (all adult vs. registered voters.) Scientists, of course, would criticize the question wording, since no single storm can be directly linked to global warming.

However, in the ABC News poll, taken just after Hurricane Rita hit, 39% of respondents now linked the severity of the recent storms to global warming. Again, there are differences in question wording here, but it is likely that back to back superstorms magnified the connection in the public’s mind.

CONTEXT: In these two Gallup polls taken in late fall 2005 and early spring 2006, roughly 65% of respondents say that global warming was either a major or minor cause of the “increase in the number and strength of hurricanes in recent years.” Again, however, scientists would criticize the accuracy of the poll wording, since global warming has not been linked to the frequency of storms but rather to just intensity. Still, these poll questions are revealing. Outside of the scientific and technical debate, the power of the events and the many political claimants connecting the storms to global warming likely promoted public belief in the connection to global warming.

Perhaps most interesting is how partisanship strongly shaped the interpretation of the events and the acceptance of the claims aired. There is a strong “partisan gap” in perceptions across Republicans and Democrats. Among those answering that global warming was either a major or minor cause, were 53% of Republicans, 60% of Independents and 82% of Democrats. (Roger Pielke has more on this here.)

As I detail with Chris Mooney in this overview of media coverage of the events, immediately following Katrina, a who’s who of democratic leaders including Al Gore, Bill Clinton, and Jimmy Carter connected the storm to global warming, whereas conservative opinion leaders like Charles Krauthammer dismissed out-of-hand the possible connection. As “cognitive misers” lacking either the motivation or the ability to be fully informed, most of the public typically look for information short cuts to make sense of complex events and issues like the causes of Hurricane Katrina and Rita. In this case partisanship became the convenient short-cut.

DEMOCRACY CORP 5/18-5/24/06
As you know, Katrina was a category 4 hurricane, and it has been preceded in the last couple of years by a series of storms hitting Florida and the Gulf coast. How responsible do you believe global warming is for making these storms worse–very responsible, somewhat responsible, not very responsible or not at all responsible?

ZOGBY INTERNATIONAL 8/11-8/15/06
Concerning recent weather events, for each of the following, please tell me
if you think global warming has had a major influence, at least some
influence, or no influence.

Related
Life
Visualization test
Lorem ipsum dolor sit amet, consectetur adipiscing elit. Nullam id tincidunt mi. Morbi malesuada nulla sit amet est hendrerit tincidunt. Etiam viverra, nisl id volutpat eleifend, est augue sodales orci, […]
L&D Strategy
Transfer of learning: The necessary step to make learning stick
Transfer of learning is a concept that should be top-of-mind when planning any learning and development program. Why? In a perfect world, the billions of dollars organizations collectively spend every […]
Starts With A Bang
Why we’ll never see back to the beginning of the Universe
We thought the Big Bang started it all. Then we realized that something else came before, and it erased everything that existed prior.
Thinking
Is there an afterlife? See how your answer compares to polled Americans
There is more consensus on what heaven looks like than hell.
Thinking
How science changes the way we think, according to 10 leading scientists
A group of prominent scientists shares how research has changed them.
Up Next
Guest Thinkers
JON STEWART ON THE BUSH STEM CELL POLICY: Daily Show Compares Administration’s Position on Embryo Life to Civilian Lives in Iraq; Study Shows Negative Effects for Regular Daily Show Viewing…But This Clip is Damn Funny
I run against the tastes of my generation in that I have never been much of a fan of Comedy Central’s The Daily Show. As a recent study finds, I […]