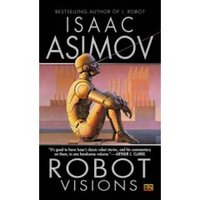 nAs New Scientist Tech points out, it will soon be possible to “evolve” colonies of robots that are able to think, act and even pass on their robotic DNA to future generations:

“Robots that artificially evolve ways to communicate with one anothernhave been demonstrated by Swiss researchers. The experiments suggestnthat simulated evolution could be a useful tool for those designing ofnswarms of robots. Roboticists Dario Floreano,nSara Mitri, and Stéphane Magnenat at the Swiss Federal Institute ofnTechnology in Lausanne collaborated with biologist Laurent Keller fromnthe University of Lausanne.

They firstnevolved colonies of robots in software then tested different strategiesnon real bots. Both simulated and real robots were set loose in an arenancontaining two types of objects – one classified as “food” and anotherndesignated “poison” – both lit up red. Each botnhad a built-in attraction to food and aversion to poison. They alsonhave a randomly-generated set of parameters, dubbed “genomes” thatndefine the way they move, process sensory information, and how theynflash their own blue lights… Their “genomes”nwere combined and randomized in a way designed to mimic mating andnmutation and used this to create the next generation robot.”

With a nod to Charles Darwin, the Swiss researchers are calling the process by which “smart” robots live and “dumb” robots die “unnatural selection.”