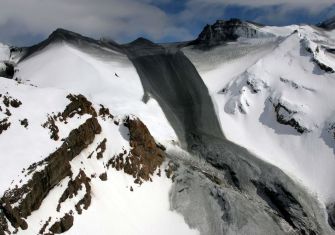 I think we know who wins this battle. At Ruapehu (New Zealand), it isn’t really the lava that is the problem, but the lahars produced by mixing snow, crater lake water and volcanic debris. However, that is not stopping people from wanting to ski on the volcano. Never ceases to amaze me how people assess the riskiness of activities.