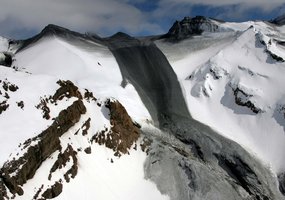 I suppose this is more “unnews” than “news”, but workers at Ruapehu in New Zealand report that seismicity has decreased, gas emissions have returned to background and the crater lake has cooled, indicating that the current eruptive cycle which started in September 2007 might be winding down. There was some concern earlier in the summer (well, northern hemisphere summer) that it was cranking up to erupt, but these fears seem to have abated. As always, though, Ruapehu remains on “elevated alert” for eruption.