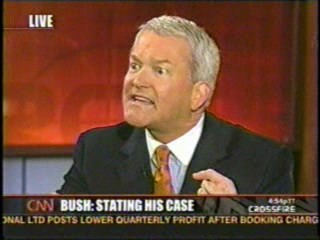 Lanny Davis, former White House counsel under Clinton, veteran of the Monica Lewinsky wars, and a recognized expert on crisis communication was on NPR this morning, offering some very valuable insight on message strategy in the Mark Foley page scandal.

Davis recommends that iin any scandal, you want to get out in front of the story early in order to frame responsibility before either the media or your opponents do it for you. He argues that the GOP leadership, knowing about the emails last May, should have immediately confronted Foley, alerted the House Ethics Committee, told the Democratic and Republican members in charge of the Page program, and then gone public via the media.

With this strategy, Hastert & Co. would have been in front of the story while giving an impression of bi-partisanship, and the potential for a political feeding frenzy would have evaporated

But now, after the fact, Hastert continues to make all the typical mistakes that have propelled scandals in the media from Nixon forward. He first denied the story, then tried to evade the subject in media appearances, and then attacked Democrats. All of this, according to Davis, has only served to give the story more legs and to amplify attention.

But now, the dominant and powerful interpretations emanating from the Foley scandal are those of incompetency (GOP in a Bubble), and hypocrisy. And these are powerful negative interpretations for voters as they get ready to go to the polls.