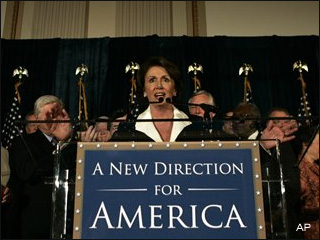 This week all eyes will be on Capitol Hill as Nancy Pelosi and the newly elected House majority push for stem cell legislation that would override President George W. Bush’s tight limits on research funding. Supporters will need to achieve a super majority in both houses in order to stave off a Bush veto. The Center for American Progress estimates that backers of the bill might be as many as 40 votes shy of a 2/3 majority in the House, but perhaps only one vote shy in the Senate.

Both sides in the debate are geared up for a major political communication battle, and in a new “Science and the Media” column over at Skeptical Inquirer Online I detail what to expect in terms of campaign messages and framing. I also take a look at the latest polling data.


Despite the optimistic claims of supporters, at the national level, only a slight majority of Americans support embryonic stem cell research. Yet going behind the polling data to specific demographic groups reveals some interesting findings. With the exception of the 30% of Americans who identify as Evangelicals, across other religious affiliations including Catholics, mainline Protestants, and seculars, there is strong majority support for research.

I close with a warning to science advocates to be careful in their framing strategy. If they oversell the science, and push too much of the social progress frame to the point where messages turn into hyperbole, then they risk public trust.

NOTE: Over at the Center for American Progress, they have launched an excellent and very useful Progressive Bioethics Initiative, with a wealth of white papers, commentaries, and other resources.

NOTE:Newsweek spotlights the report in Nature Biotechnology on the use of amniotic-fluid stem cells. According to the mag:

The “AFS cells” rival embryonic stem cells in their ability to multiply and transform into many different cell types, and they eventually could be hugely helpful to doctors in treating diseases throughout the body and building new organs in the lab. At the same time, the amniotic cells can be taken easily and harmlessly from the placenta or from pregnant women by amniocentesis–which gives them the potential to nullify, or at least bridge, the divide in the stem-cell-research debate.

In the House debate this week, expect research opponents to use this recent study as a distraction, insisting that this promising but still very much developing area offers an important “middle way” or “compromise solution.”

Related
Life
Visualization test
Lorem ipsum dolor sit amet, consectetur adipiscing elit. Nullam id tincidunt mi. Morbi malesuada nulla sit amet est hendrerit tincidunt. Etiam viverra, nisl id volutpat eleifend, est augue sodales orci, […]
L&D Strategy
Transfer of learning: The necessary step to make learning stick
Transfer of learning is a concept that should be top-of-mind when planning any learning and development program. Why? In a perfect world, the billions of dollars organizations collectively spend every […]
Starts With A Bang
Why we’ll never see back to the beginning of the Universe
We thought the Big Bang started it all. Then we realized that something else came before, and it erased everything that existed prior.
Thinking
Is there an afterlife? See how your answer compares to polled Americans
There is more consensus on what heaven looks like than hell.
Thinking
How science changes the way we think, according to 10 leading scientists
A group of prominent scientists shares how research has changed them.
Up Next
Guest Thinkers
HOUSE DEMS PROMOTE FIRST 100 HOURS ON SECOND LIFE: New 3D Virtual Community May Revolutionize Strategic Communication As It Moves From Independence to ‘Massification’
Haven’t heard of Second Life? It’s a 3-D virtual world built by users or “residents” worldwide. Imagine the video game World of Warcraft, but no game, just a cyber-community evolving […]