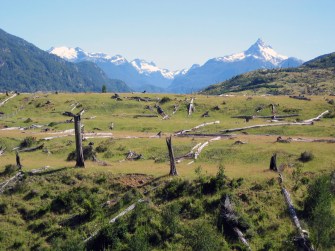 In the latest issue of the journal Science Communication, David Sachsman, James Simon, and JoAnn Valenti report on their findings from a census survey of environmental reporters across the Pacific Northwest, New England, the South, and Rocky Mountain regions.

Here are some key findings from the study:

Yet despite having a designated specialist in the area of the environment, many of these reporters, according to the study, juggled multiple duties. For example, only 29% of the journalists covering the environment beat in the Pacific Northwest carried the exclusive label of “environmental reporter/writer/correspondent.” Much more common across these regions was for the person assigned environmental stories to cover the beat only part-time, while carrying the full-time title of “general assignment reporter” or staff writer. Across reporters interviewed, the percentage of time spent covering environmental stories in the preceding twelve months ranged on average from 53.7% in the Pacific Northwest to a low of 39.7% in New England.

To put party affiliation in context, a 2002 survey of U.S. journalists, found that across specialty, 37% identified as Democrats, 19% as Republicans, and 33.5% Independent. The US general electorate breaks down 32% Democrat, 32% Independent, and 31% Republican. The population of environmental reporters appears to skew much more moderate and non-partisan than the public at large.

When asked which newspaper other than their own they read regularly, approx. 65% of reporters in New England and the Pacific Northwest said the NYTimes, compared to 45% in the Mountain West and 42% in the South. Across these regions, in second place were the big regional papers including the Boston Globe, Denver Post, the Oregonian, and the Washington Post.

Environmental reporters on average were very experienced, with a median of 15 years in journalism. Thirty percent of enviro reporters in New England hold graduates degrees, 22% in the Mountain West, 16% in the Pacific Northwest, and 15% in the South.

In terms of source reliance, reporters were asked “Now I am going to read you a list of potential sources that you might use on environmental stories. Please tell me if you always use the source in your reporting, often use it, sometimes use it, rarely use it, or never use it. For example, [the Environmental Protection Agency], would you say that you always use the EPA as a source, often use it….etc.”

Reporters List Time Constraints, Financial and Resource Constraints; and Size of News Hole as Greatest Barriers to Reporting on Environment

Related
The Future
Custom Image Test
Lorem ipsum etc etc etc etc
Life
Visualization test
Lorem ipsum dolor sit amet, consectetur adipiscing elit. Nullam id tincidunt mi. Morbi malesuada nulla sit amet est hendrerit tincidunt. Etiam viverra, nisl id volutpat eleifend, est augue sodales orci, […]
L&D Strategy
Transfer of learning: The necessary step to make learning stick
Transfer of learning is a concept that should be top-of-mind when planning any learning and development program. Why? In a perfect world, the billions of dollars organizations collectively spend every […]
Starts With A Bang
Why we’ll never see back to the beginning of the Universe
We thought the Big Bang started it all. Then we realized that something else came before, and it erased everything that existed prior.
Thinking
Is there an afterlife? See how your answer compares to polled Americans
There is more consensus on what heaven looks like than hell.
Up Next
Guest Thinkers
JON STEWART ON THE BUSH STEM CELL POLICY: Daily Show Compares Administration’s Position on Embryo Life to Civilian Lives in Iraq; Study Shows Negative Effects for Regular Daily Show Viewing…But This Clip is Damn Funny
I run against the tastes of my generation in that I have never been much of a fan of Comedy Central’s The Daily Show. As a recent study finds, I […]