Barry’s right and I’m wrong. I failed my own information literacy test. Why? Because even though I had access to (and linked to) the original report, I didn’t critically consume it the way I should have. Instead I relied on this report from CNN: 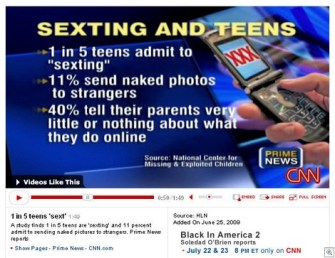 And because I did, I made an incorrect statement that then got retweeted by others. Shame on CNN for being misleading and/or inaccurate, but shame on me too for not doing my homework the way I should have. Just because CNN is a traditional, reputable news organization doesn’t mean that I don’t need to be a critical consumer of the information it provides.

Since the past two have been so successful, I am putting out a call for people to participate in Leadership Day 2009. As I said two years ago:nnMany of our […]