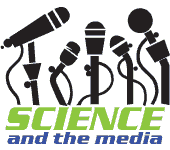 As I’ve chronicled at this blog, the IPCC report was a massive failure as a communication moment. The inability of the IPCC report to break through to the wider public about the urgency of climate change is just more evidence that relying on traditional science communication strategies has increasingly limited returns.

Instead, as I describe in my latest “Science and the Media” column at Skeptical Inquirer Online, other public engagement methods are sorely needed. Among options, I suggest reaching the wider public not directly via news coverage, but rather indirectly by way of a “two-step flow of popularization.” This strategy, employed widely in marketing and political campaigns, involves recruiting “opinion-leading” citizens to participate in nationally coordinated efforts. These local community members would serve as information brokers, passing on messages about climate change that speak personally and directly to their peers, co-workers, and friends.

Irony can be an effective persuasion tool. As pictured on the Drudge Report this morning with the headline: HEARING ON ‘WARMING OF PLANET’ CANCELED BECAUSE OF ICE STORM. The headline […]