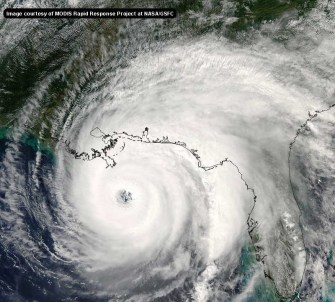 With Chris Mooney, over at Skeptical Inquirer Online, we have a lengthy article evaluating coverage of the hurricane-global warming debate. We interviewed the major science writers, columnists, and political reporters who have written about the topic, we also interviewed several of the major scientists in the area. We conclude with recommendations on how journalists and scientists can work together to improve coverage. The article was originally intended to appear this summer at a print magazine, but got bumped at the last minute. So we decided to get it up on the Web with timeliness and impact in mind. Depending on trends in coverage this hurricane season, we may return to the topic as an academic journal article. So I would be very interested in reader feedback.