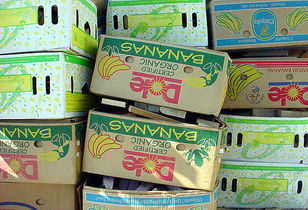 During times of both economic boom and bust, business innovation tends to flourish. During a boom, flush pockets and rosy visions of the future lead to generous spending on innovation projects. During a bust, the need to hunker down and deal with everyday business reality leads companies to innovative solutions. As the Wall Street Journal pointed out over the weekend, the threat of a possible economic recession in the U.S. – combined with high gas prices at the pump and escalating food prices – is leading to the strange birth of the Banana Box Retailer. These are small retail operations that sell surplus food items at cut-rate prices to consumers eager to save a buck on everyday food items. Instead of buying big cases or pallets of specific items directly from manufacturers or food distributors, these Banana Box retailers are buying banana boxes filled with a mix of random goods from reclamation centers or food brokers. While some of the products are sold after their sell-by date – and have typically been passed on by the major supermarkets – they represent a big discount for cash-strapped shoppers.

What’s interesting is that shoppers seem to like these stores as much for their low prices as for the “sense of surprise” of now knowing what they’ll be getting when they arrive at the stores. After a period in which Big Box retailers mushroomed across the suburban (and urban) landscape, are we now witnessing the start of a period in which smaller, Banana Box retailers will take their place?