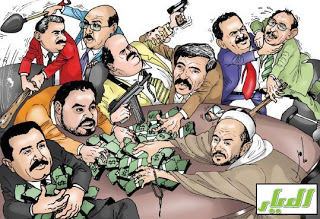 We are ignoring numerous things here this week – the goings on in Radfan, the escalation with the al-Huthis in the North, the strange news regarding Tariq al-Fadhli – but one thing I can’t ignore is this hilarious cartoon from the weekly Yemeni paper al-Dayar. It is so funny, in fact, that the paper has now been banned. The cartoon is the artist’s version of the Yemeni cabinet – I would say it is almost time for a new one.
Related
The Present

One of the major challenges frustrating efforts to close Guantanamo is what to do with the nearly 100 Yemenis still in detention.The US is reluctant to release them back to […]