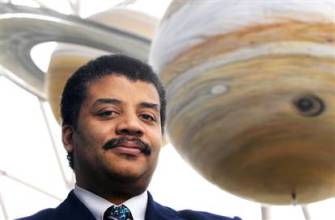 Last week in San Diego, I participated on a panel at the BIO 2008 meetings that focused on the communication challenges facing the biotech industry. Organized by Richard Gallagher, editor of The Scientist magazine, a major topic of discussion were the challenges that industry faces in communicating the value of basic research. In fact, this was also a major topic at the Cal Tech seminar that I ran on Tuesday.

When the public thinks about “science,” they generally think in terms of either medical advances or technology. They don’t think immediately about basic research as the foundation for these achievements.

So if the public always has cures or wondrous new inventions at the top of mind, how do you communicate to them during tight budgetary battles the importance of maintaining and boosting funding for basic research?

As I suggested at the BIO panel and as I have recommended in conversations with various people from industry, one strategy for dramatizing the importance of basic research is to tell the stories of individual scientists in exciting and new ways, reaching publics across media platforms, specifically television and the Web.

A leading example of putting this strategy into action is Pfizer’s recent launch of Think Science NOW. Here’s how Pfizer summarizes the initiative in their press release:

Underscoring its commitment to scientific advancement, Pfizer Inc will launch Think Science Now, a science awareness program to promote exceptional researchers who have devoted their lives to unraveling the mysteries of biology, chemistry and human disease. A major part of the program will include profiles of outstanding scientists on Big Think, an interactive social networking site that provides information and discussions on politics, law, business and science as a means to support greater public dialogue on thought-provoking issues of national importance. Think Science Now (http://www.pfizer.com/thinksciencenow) seeks to help the public understand science by hearing directly from scientists who share their common values.

The program complements Pfizer’s sponsorship of NOVA scienceNOW, a weekly television news magazine from the producers of NOVA that airs on PBS stations across the country beginning June 25, 2008 and includes a scientist profile in each episode.

“NOVA scienceNOW is devoted to the public understanding of scientific research. By profiling scientists on the show, viewers get a look into the personal and professional lives of scientists behind the cutting-edge research, and we hope they come away inspired by their stories,” says Paula Apsell, senior executive producer of NOVA and NOVA scienceNOW. “We are thankful to Pfizer for their support of this summer’s season and applaud their efforts to create online content that will further recognize scientists worldwide.”

Think Science Now on Big Think will feature weekly profiles of exceptional scientists who will discuss their motivation to become scientists, share perspectives about their work, and make their advanced research uncomplicated and easy to understand. Pfizer will work with Big Think to identify company scientists and those from other research organizations who will be highlighted for the program. Think Science Now will feature one scientist for each of the weeks that NOVA scienceNOW airs on PBS this summer, including two of the scientists profiled on the show this season.

The National Journal has released its annual survey of Congressional members on their views of climate science. When asked: “Do you think it’s been proven beyond a reasonable doubt that […]