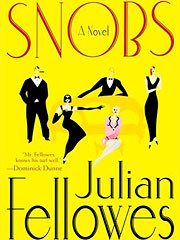 nLeave it to the New York Times to stir up the innovation pot with the provocative thesis that innovation is increasingly becoming the exclusive preserve of the techno-elite, notwithstanding the recent trend toward consumer-generated innovation. In the article, G. Paschal Zachary argues that innovation has a long way to go before it is truly democratized:

“User-generated content — from Wikipedianto YouTube to open-source software — is generating waves of excitement.nBut the opening of innovation to wider numbers of people obscuresnanother trend: many of the most popular new products, like the iPod, are dominated by a top-down, elite innovation model that doesn’t allow for customization. “New technologies are becoming so complex that many are beyond thenpossibility of democracy playing a role in their development,” saidnThomas P. Hughes, a science and technology professor at the University of Pennsylvania.”

According to skeptics interviewed for the New York Times article, “user-generated innovation is merely a kind of democracy lite,nemphasizing high-end consumer products and services rather thanninnovations that broadly benefit society.” In other words, “huge amounts of money arenspent on improving Web search engines or MP3 players” while “scantnattention” is given to alternative energy sources and the types of diseases that typically afflict the poorest nations of the world.