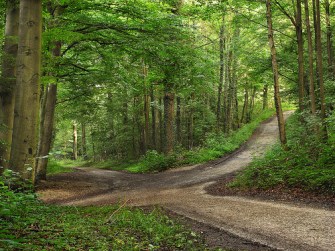 Readers in DC, New York City, and several other locations may be interested in turning out for talks I will be giving over the coming months. Details on dates, sponsors, and locations are below (the last still pending).

Related
Life
Visualization test
Lorem ipsum dolor sit amet, consectetur adipiscing elit. Nullam id tincidunt mi. Morbi malesuada nulla sit amet est hendrerit tincidunt. Etiam viverra, nisl id volutpat eleifend, est augue sodales orci, […]
L&D Strategy
Transfer of learning: The necessary step to make learning stick
Transfer of learning is a concept that should be top-of-mind when planning any learning and development program. Why? In a perfect world, the billions of dollars organizations collectively spend every […]
Starts With A Bang
Why we’ll never see back to the beginning of the Universe
We thought the Big Bang started it all. Then we realized that something else came before, and it erased everything that existed prior.
Thinking
Is there an afterlife? See how your answer compares to polled Americans
There is more consensus on what heaven looks like than hell.
Thinking
How science changes the way we think, according to 10 leading scientists
A group of prominent scientists shares how research has changed them.
Up Next
Guest Thinkers
Gingrich DVD Doc on Energy Future
Following on the heels of Expelled and Obsession, a film warning of radical Islam, there’s more signs that the Right has discovered documentary film as a strategic communication tool to […]