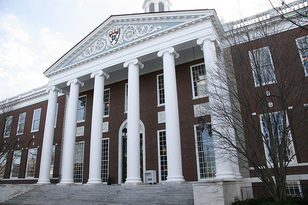 “I’m excited about the evolution of virtual communities and thentechnologies that support them. We’ve moved from the idea of ancommunity as a discussion board to a suite of synchronous andnasynchronous technologies woven together that gives you social presencenand allows you to find trusted people and content. At HBS, we’re tryingnto figure out how to bring together a Skype, a LinkedIn, somenSharePoint sites, and get really good at integrating incompletensolutions in order to arrive at a very powerful notion of community…”

He also gives a major thumbs up to the latest generation of online video tools:

“The other thing that I’m very excited about is the rise ofnself-published video as a means of communicating concepts. The barriersnto entry in terms of creating video of a reasonable quality have reallyncome down. The ability to house, find, stream and tag video is herenthanks to tools in the marketplace. [Because of this trend] we have thenopportunity to take concepts that we’ve portrayed in two dimensions—onnpaper—and bring them to life in a way that’s economical. Not everythingnneeds to be a Hollywood production. I’ve been involved with e-learningnsince 1999. An hour of good production then cost hundreds of thousandsnof dollars. Now you can get the same quality for 15 grand. That’s anphenomenal opportunity…”

That being said, however, he sounds a cautionary note when it comes to the continued proliferation of blogs, podcasts and wikis.