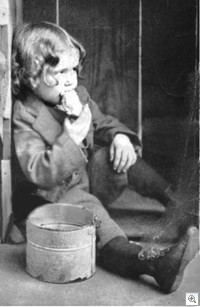 Postulate 1: There likely has never been a greater disconnect than right now between the skills our factory-model schools give our graduates and the skills they need for success in a technology-suffused, globally-interconnected information economy.

Postulate 2: It’s increasingly difficult for most families to survive economically on a single income. Working families (whether they have one breadwinner or two) need someplace to send their children while they’re at work.

It used to be that our kids went to school so that they could then go to work. When you look at the driving forces behind maintenance of today’s schooling model (and, perhaps, obstruction of whatever new model eventually replaces it), is it more true now that we’re sending our kids to school so that we can go to work? Which is of higher urgency to us: their needs or ours?

Much like the New Jersey librarian who ‘just said no to Wikipedia,’ New Jersey principal Anthony Orsini received national attention for his letter to parents encouraging them to ban Facebook […]