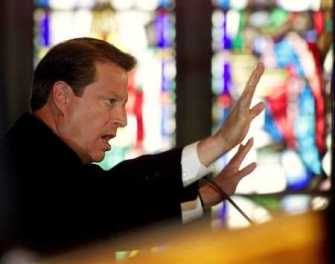 In case you missed it, ScienceBlogs lit up last week with news that Federal Way school district in Seattle has banned Al Gore’s Inconvenient Truth, in part because the presentation conflicts with creationist views and does not depict a fiery End Times for the earth. (Go here, here, here, and here, to name just a few posts.)

The deeply distressing news from Federal Way is yet another sign that at the local level, elements of the conservative movement are broadening their attacks on the cultural authority of science by challenging not only the consensus on evolutionary science, but also in areas of global warming and stem cell research.

However, I have to admit, though I am a major fan of Gore’s Inconvenient Truth, I never really thought it was an appropriate film to show in a science class.

Certainly the film is an incredible exposition and popularization of major areas of climate science, with many experts giving the technical areas of his film positive reviews. And if you are looking for a motivational tool to turn students on to the global warming problem, few media forms beat Gore’s documentary. Still, as much as the film is about science, it’s also a very strong personal, political, and moral narrative.

The film is by no means a stand-alone product, instead serving as the spearhead for a growing social movement of science and environmental advocates, and a major platform for Gore’s much-talked-about presidential aspirations. As much as I might think a Gore presidency could put this country on the right track domestically and internationally, the fact that the film remains deeply embedded within a larger activist movement makes it inappropriate for science class.

The last thing we want to do is give students the impression that global warming is a partisan issue. Among adults, given that citizens often use their partisanship as an information short-cut, polls unsurprisingly show that Democrats are significantly more worried about global warming than their Republican counterparts. With Gore as the narrator and presenter, and the comments of angry Republican parents inevitable, partisan perception is exactly what is likely to happen if you screen the film in science class.

Moreover, in an era where even the teaching of evolutionary science is under attack, there is no reason to intentionally interject politically-laden material into the science curriculum. As good as Gore’s film is, given the former vice president’s leading role, Inconvenient Truth is about as political as it gets.

So keep Gore out of science class. Instead, show the film on Earth Day or in American history, politics, or global studies courses. It’s a question of what is appropriate for science class versus another instructional setting. Assign quality news articles, reviews, and commentaries and lead discussions about the scientific, personal, and political dimensions of the documentary. Outline for students how the film is a product of a larger social struggle over the very pressing problem of global warming. Ultimately, the film can be used as an exercise in evidence-based thinking, examining how dimensions of society interact with scientific uncertainty and claims of expertise.