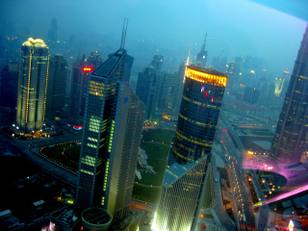 The Chinese economy could finally be showing signs of cooling. Already, Chinese government officials have publicly warned that annual economic growth rates could soon dip below 8%, and most of the talking heads on business channel CNBC think that China’s economy will only hold up through the 2008 Beijing Olympics. According to Edmund Phelps, the 2006 Nobel Prize winner in economics, China needs to emphasize innovation if it hopes to maintain a steady pace of economic growth in the future:

entrepreneurship, he said. Phelps said China’s education system should be more geared towards

encouraging innovative thinking, while the country’s legal framework needs to

become more supportive of entrepreneurial activity. “It’s got to be easy to start a company, have governmental support, legal

support,” Phelps, who is a professor of political economy at Columbia University

expertise needed to evaluate innovative projects, he said. Phelps said demand for sophisticated technologies has not yet reached the

critical mass China needs to catch up with top industrialised nations. “The increase in the stock of capital that’s invested in sophisticated

— is muted because there isn’t the consumer demand there for it right away,”