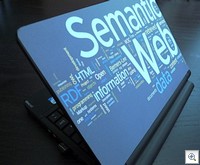 I found out recently that my local school district now allows students to bring their own laptops from home. I think that this is GREAT (even while simultaneously understanding the digital divide issues that accompany this policy).

Imagine that your local district allows the same. Would you send your children to school with a laptop/netbook? If so, would your children take one (or would they be too worried about standing out because other students weren’t also bringing computers to school)? This latter question’s of particular interest to me since my tech-savvy daughter starts middle school next year…

Some of you know Clay Burell from his first blog, Beyond School. But what most folks don’t know is that Clay was selected by the folks at Change.orgto be their […]