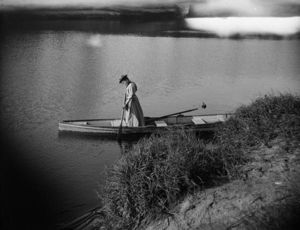 You can’t get to outer space with a rowboat. You need something with a little more oomph.

Neither can you get to genuine 21st century learning environments without putting a computer in every kid’s hands. Not just some of the time. All of the time.

Is 1:1 computing sufficient in and of itself? Will magic happen if every kid gets a laptop or a netbook? No, but it’s a necessary and essential condition without which the true magic never will occur.

Why aren’t you moving more quickly to get a computer into every student’s hands? (Yes, I mean you.)

Should we be ashamed of our ability to predict dropouts?

If we can predict fairly accurately whether a student is likely to drop out in 9th or 10th grade 5 or 6 years earlier, isn’t that a pretty big indictment […]