While Americas watch the battle for the most cognitively-fit president unfold on social media and television, the problem pundits are really discussing is dementia. Currently, 5.7 million Americans are suffering from diseases of dementia. Alzheimer’s disease accounts for between 60-70 percent of these cases.

There has long been speculation about the cause of Alzheimer’s. We know that exercise, diet, and continued education play a role in staving it off. Considering an estimated 13.9 million seniors worldwide will fall victim to dementia by 2060, it’s a problem we need to address.

While somewhere between 1 and 5 percent of cases have been identified as genetic, one potential cause of Alzheimer’s is the amyloid hypothesis. This idea, first proposed in 1991, states that the brain becomes riddled with extracellular amyloid beta deposits. These amyloid plaques compromise cognitive functioning by negatively affecting memory, decision-making, and planning, while causing depression, distrust in others, delusions, apathy, and changes in sleeping patterns.

Under normal circumstances, beta-amyloid plays a protective and reparative role in the central nervous system. When grouped together in plaques, however, the same peptide leads to disruption in cell function and neuronal death—the trigger for dementia.

This hypothesis was updated in 2009 to reflect the aging-related process of an amyloid-related protein. Regardless, the strongest indicator of Alzheimer’s appears to plaque buildup. New research is pointing toward oxytocin as a potential therapeutic intervention.

Oxytocin gained popular currency as the “love hormone” due to its role in mammalian bonding. After an orgasm, oxytocin spreads throughout your bloodstream, resulting in feelings of satisfaction and contentment. Crying babies are calmed by the oxytocin provided by their mother’s milk. 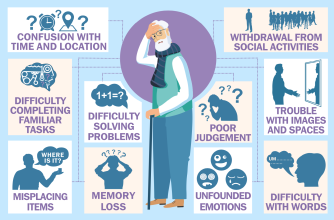 As Eleftheria Kodosaki, an academic associate in Biomedical Sciences at Cardiff Metropolitan University, writes, male mice were recently treated with the toxic beta-amyloid, resulting in the desired effect: their brain’s synaptic plasticity suffered. The researchers then treated mice with the toxic beta-amyloid and oxytocin, which did not affect their neural plasticity. The team speculates that oxytocin may play a role in staving off memory loss.

That may is key. Kodosaki notes that this disease remains baffling.

“In theory, being able to stop groups of toxic beta-amyloid from forming could potentially prevent memory loss and cognitive decline. Unfortunately, Alzheimer’s disease is way more complicated than just an accumulation of beta-amyloid in the brain.”

Plaque buildups have been discovered in people that don’t have the disease or suffer from any symptoms. The beta-amyloid angle is only a theory, and there are others: as mentioned, genetics, as well as the Tau hypothesis. In 2002, researchers at the Institute of Psychiatry in De Crespigny Park, London speculated that tau proteins form neurofibrillary tangle inside of nerve cell bodies, resulting in the collapse of neuronal transport systems.

Kodaski points out that all medication targeting beta-amyloid has failed. She also notes that research needs to be conducted on female mice, as women are more likely to develop Alzheimer’s than men. Of course, humans are not mice, though taking note of sex differences in mice might help researchers gauge potential therapies in humans.

As most studies conclude, more research is needed. But it is a hopeful sign for treating the frustrating realm of dementia. In an aging world with a declining population, we need to protect our seniors the best we can.

We also don’t know how Tylenol works. But it does work.
Up Next
The Present

In a recent study, researchers examined how Christian nationalism is affecting the U.S. response to the COVID-19 pandemic.