One of the bright spots of 2020 has been the collaborative effort of scientists in their search for a COVID-19 vaccine. Never before have researchers and institutions focused their efforts on a single disease to this degree. Of course, trials are often sponsored by competing companies, increasing the rush for an effective vaccine—a fact coming to the surface in the recent AstraZeneca trials.

After potential successes by Moderna and Pfizer, AstraZeneca announced it reached an average efficacy of 70 percent during its partnership with the University of Oxford. Though not quite the 95 percent efficacy reported by the aforementioned companies, the AstraZeneca vaccine had a few factors in its favor: one dosing scheme achieved 90 percent efficacy; the low cost: $3 per dose compared to $20; this vaccine only needs to be refrigerated, not frozen (causing issues with distribution and storage) as required by other candidates.

Then AstraZeneca admitted a mistake: the dosage data were off. While results ranged from 62 to 90 percent efficacy (averaging out at 70), a manufacturing error meant the pharmaceutical giant only filled half the intended dose for one of the trials. Instead of abandoning the study, researchers redefined the parameters: a number of volunteers received a half-dose during the first round, followed by a full dose a month later. Interestingly, that dosage protocol performed best, leaving researchers flummoxed.

The trials were plagued with issues, including the fact that no one over age 55 was tested. As seniors are the most vulnerable population, this seems to be a grave oversight. We shouldn’t be surprised that a half-dose proved efficacious, however. Paracelsus preached the relevance of dosage some 500 years ago. Medical advancements often result thanks to the unexpected.

Science has always been and will continue to be complicated. In regards to the pandemic, more surprises await, like the fact that PFAS could negatively impact the efficacy of any COVID-19 vaccine. This is of particular importance to Americans, as this acid is used in many common products in this country.

There’s little comfort that an adjunct professor at the Harvard School of Public Health says we “have to cross our fingers and hope for the best” in regards to the possibility that the chemicals in non-stick pans and waterproof clothing might thwart our chance of successful vaccination. Discovering this possibility isn’t a conspiracy; it’s indicative of science working as intended, even if we don’t like the results.

Chemistry matters; so does patience. Weill Cornell Medicine vaccine researcher John Moore phrased it best when calling AstraZeneca’s head-scratching announcement “the worst aspect of science by press release.” In the rush to deliver good news during a challenging year, we overlook the fact that science is a slow process governed by consensus. Rushing out half-baked data does no one any good.

AstraZeneca’s rush to break news is especially perilous given the growing influence of vaccine hesitancy and anti-vaxxers. Misinformation is like a dry forest floor after a hot summer. Vaccine science needs to be evidence-based. Fear-mongering thrives when the focus is a headline instead of clinical efficacy. 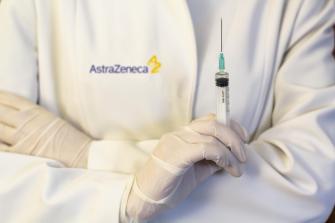 As Jonathan Berman writes in his recent book, “Anti-vaxxers: How to Challenge a Misinformed Movement,”

Perhaps because this is the first global pandemic in generations we’ve forgotten how deadly diseases can be. In the 18th century, more humans died from communicable diseases than today’s biggest killers, like heart disease and cancer; roughly 300 million people died from smallpox in the 20th century. COVID-19 isn’t nearly as deadly, yet that doesn’t dampen the real problems we face around vaccine disinformation.

In some ways, even the botched press release isn’t new. Conceptually, vaccines are thousands of years old. Louis Pasteur, building on Edward Jenner’s work on cowpox, was as much publicist as scientist when his anthrax trial helped usher in the modern age of medicine. He made sure to invite plenty of journalists to observe his trial, which is how word of this medical advancement spread widely.

Expediency often sacrifices integrity. Fortunately, Pasteur’s scientific literacy was as dependable as his love of fawning writers. As Victorian-era statistician Francis Galton presciently commented, “In science credit goes to the man who convinces the world, not the man to whom the idea first occurs.”

We have to wield the power responsibly. Vaccine development by press release does not serve anyone. There are too many variables in medicine and humans are impatient animals. Good science relies on the input of many researchers and tens of thousands of volunteers.

That great strides have been made in the development of a COVID-19 vaccine should comfort us—a little—but also serve as a reminder that little arrives as quickly as we desire. That’s just not how science works.

Humans won’t survive if we stay on Earth. Michio Kaku explains.
▸
7 min
—
with
Michio Kaku
Up Next
Health

The Google-owned company developed a system that can reliably predict the 3D shapes of proteins.