Which face mask best protects against COVID-19? To find out, a team of researchers at Duke University recently conducted a simple experiment.

The team measured how well 14 popular face masks blocked respiratory droplets from exiting people’s mouths while speaking. To measure the droplets, the researchers used “a black box, a laser, and a camera,” Martin Fischer, one of the authors of the study, told CNN.

“The laser beam is expanded vertically to form a thin sheet of light, which we shine through slits on the left and right of the box.” 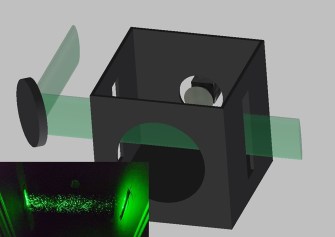 A smartphone camera recorded video of the participants, and a computer algorithm counted the number of droplets they emitted. To establish a control trial, the participants spoke into the box both with and without a mask. And to make sure that the droplets weren’t in fact dust from the masks, the team conducted more tests by “repeatedly puffing air from a bulb through the masks.” 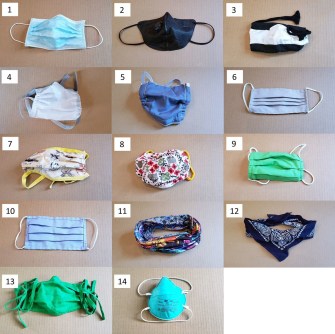 The results, published Friday in Science Advances, showed that some masks are pretty much useless. In particular, neck fleeces (also called gaiters) actually produced more respiratory droplets compared to the control trial — likely because the fabric breaks down big droplets into smaller ones.

The top three most effective masks were N95 respirators, surgical masks, and polypropylene-cotton masks. Bandanas performed the worst, but were slightly better than wearing no mask at all.

Research on mask efficacy is still emerging. But the new results seem to generally align with prior tests. For example, a study from June published in Physics of Fluid found that bandanas (followed by folded handkerchiefs) were least effective at blocking respiratory droplets. That same study also found, as others have, that masks made from multiple layers of quilter’s fabric were especially effective at blocking droplets.

The researchers hope other institutions will conduct similar experiments so the public can see how well different masks can block the spread of COVID-19.

“This is a very powerful visual tool to raise awareness that a very simple masks, like these homemade cotton masks, do really well to stop the majority of these respiratory droplets,” Fischer told CNN. “Companies and manufacturers can set this up and test their mask designs before producing them, which would also be very useful.”

You want to stop child abuse? Here’s how you can actually help.