New research suggests a tiny part of the brain plays a key role in enabling consciousness. The findings might someday be used to bring people out of comas, treat consciousness disorders or ensure patients stay anesthetized during intensive procedures.

Past research has suggested that certain brain areas, like the parietal cortex and thalamus, are critical to consciousness. In the new study, published Wednesday in Neuron, a team of scientists used electrodes to stimulate various parts of the brains of two macaque monkeys. Macaque brains closely mirror human brains, making them an ideal model for studying the drivers of consciousness.

The team electrically stimulated the monkeys’ brains as the animals were awake, asleep, and anesthetized. But unlike past research, they recorded activity from multiple brain areas simultaneously in an effort to pinpoint which parts are driving consciousness. 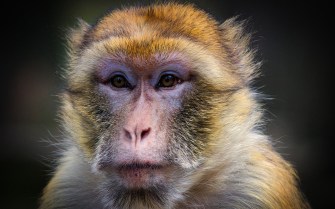 “We decided to go beyond the classical approach of recording from one area at a time,” senior author Yuri Saalmann, an assistant professor at the University of Wisconsin, Madison, told Cell Press. “We recorded from multiple areas at the same time to see how the entire network behaves.”

The goal was to identify the “minimum mechanisms” necessary to produce consciousness. To do that, the researchers tested whether stimulating certain parts of the brain would cause the monkeys to wake up from the anesthesia. The electrodes were specially designed to mimic the kind of brain activity that monkeys show during a wakeful state.

“This allowed us to directly manipulate consciousness and record changes in communication and information flow with a very high degree of spatial and temporal specificity,” study co-author Michelle Redinbaugh, a researcher at the University of Wisconsin, Madison, told Inverse. 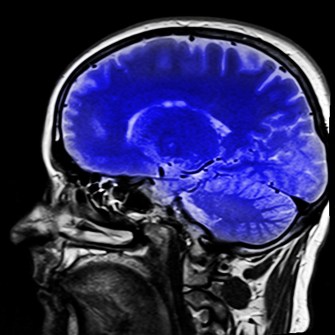 When the team electrically stimulated a part of the brain called the central lateral thalamus, located in the forebrain, the monkeys woke up: they opened their eyes, blinked, reached out, made facial expressions and showed altered vital signs.

“We found that when we stimulated this tiny little brain area, we could wake the animals up and reinstate all the neural activity that you’d normally see in the cortex during wakefulness,” Saalmann told Cell Press. “They acted just as they would if they were awake. When we switched off the stimulation, the animals went straight back to being unconscious.”

This area of the brain may function as an “engine for consciousness,” Redinbaugh told Inverse. Although past studies have shown that electrical stimulation can arouse the brains of humans and animals, the new findings are unique because they reveal which specific neural interactions appear to be minimally necessary for consciousness.

“Science doesn’t often leave opportunity for exhilaration, but that’s what that moment was like for those of us who were in the room,” Redinbaugh told Inverse.

The team said the findings could have many applications down the road, but more research is needed.

“The overriding motivation of this research is to help people with disorders of consciousness to live better lives,” Redinbaugh told Cell Press. “We have to start by understanding the minimum mechanism that is necessary or sufficient for consciousness, so that the correct part of the brain can be targeted clinically.”

“It’s possible we may be able to use these kinds of deep-brain stimulating electrodes to bring people out of comas. Our findings may also be useful for developing new ways to monitor patients under clinical anesthesia, to make sure they are safely unconscious.”

Let’s talk sex: The science of your brain on dirty talk

One in five people have ended sex because of bad bedroom talk. Here’s the data and science on how to do it right.