Rodents are chatty little creatures, and even if mice aren’t really hyper-intelligent pan-dimensional beings, as they’re portrayed to be in The Hitchhiker’s Guide to the Galaxy, they do seem to speak in their own very high-pitched way. They have what University of Washington researcher Kevin Coffey characterizes as “a rich repertoire of calls” — around 20 of them.

But what could they be saying?

On Jan. 4, Coffey and his colleague, Russell Marx, published a study in the journal Neuropsychopharmacology that delves into this mystery. Through a new software application they’ve developed called “DeepSqueak,” the duo has made several insights.

Mouse vocalizations are largely in the high-frequency, ultrasonic range — much higher, around 100 kHz, than we can hear — and automated analysis tools until now have fallen short. Noise confuses those programs, they’re held back by static algorithms, and they’re slow. DeepSqueak, however, turns the problem on its head by treating the audio challenge as a visual one. In it, machine hearing works together with “deep” artificial neural networks to learn over time, to get better and better at differentiating squeaks. Hence the “deep” in DeepSqueak.

DeepSqueak captures audio recordings of 100 kHz-range mouse vocalizations, converts them first into sonograms, and then runs those images through recognition algorithms not dissimilar to the type used by autonomous vehicles for identifying objects. “DeepSqueak uses biomimetic algorithms that learn to isolate vocalizations by being given labeled examples of vocalizations and noise,” explained Marx in a press release. Essentially, DeepSqueak learns the difference between deliberate mouse utterances and extraneous noises, and then discerns patterns to derive the rodent’s meaning.

The application looks to offer a “convenient, affordable and widely available” method of analyzing mouse vocalizations when rodents are being used as test subjects in studies of, for example, addiction in humans, according to UW’s John Neumaier, a professor of psychiatry and behavioral sciences. And indeed, says Coffey, “With drugs of abuse, you see both positive and negative calls.” 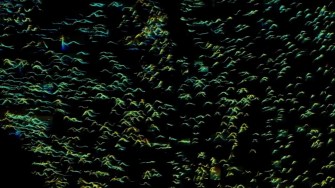 So what are mice saying?

So far, a few types of “conversations” have been identified. For example, when two male mice are in contact, they squeak the same calls over and over.

Interestingly, should a female stop by, the vocalizations increase in complexity. While it could be they’re just trying to sound smart, the fact that this change of sounds is most pronounced when a male smells, but doesn’t see, a female suggests that the noises may have to do with courtship.

DeepSqueak has also identified vocal sounds that express happiness when mice are expecting a reward, such as sugar, or during play with other mice.

Sex can be a death trap even for modern toad and frog species.
Up Next
The Present

Income equality is getting worse. Can the co-op model solve this problem?

Co-ops are more pervasive than you think. They just suffer from a marketing problem.