A few weeks ago I stopped by the Korean stand at my local farmer’s market. I was picking up fermented daikon and tempeh when the seller tells me about a woman that had just stopped by to ask if tempeh has protein. The look on my face answered his non-question. He continues to tell me that she’s on a “no protein” diet because, well, at this point, I just give up.

Humans can be absurd in our dietary beliefs. Every other animal eats due to necessity and availability. Our relative luxury has afforded us the opportunity to partake in eating plans that thwart basic biological needs. Some plans seem to make sense until science steps in.

For a minute it appeared the keto diet had traction. Advocates were seeing drastic weight loss. By their telling, “Big Food” is waging a longtime conspiracy to inject as many big carbs into our bodies as possible. (Not that excess carbohydrates, especially in the form of sugar, isn’t a problem.) My personal experience with keto, which lasted roughly three months, was successful in certain regards. Weight loss wasn’t the intended goal, though that did happen; I did it to address chronic GI issues.

As it turns out, I might have inadvertently nailed the timing, at least according to one doctor that never puts his clients into ketosis for more than three months. Let’s face it: our ancestors never purposefully restricted carbohydrate intake. They just didn’t have a Whole Foods to shop at. Macronutrients weren’t on their minds as they had no awareness of the building blocks of calories to begin with. The question was never “What’s my meal plan this week?” but rather, “What can I catch today? What plant is ripe to forage?”

Now that more research is emerging, the news on keto isn’t good. Scientists leading one 2016 study, led by National Institutes of Health obesity researcher Kevin Hall, confined 17 volunteers to a hospital for a two-month stay. This is important, as self-reported studies are always at risk of being invalidated by faulty data. In this study, volunteers ate plenty of sugary carbs for the first month; during the second they received the same caloric load, replacing the bulk of those carbs with fats. 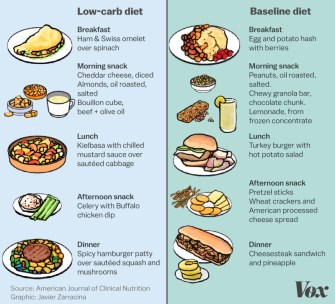 At the end of the two months, Hall was unimpressed.

In this case, we saw daily insulin secretion drop substantially within the first week and stay at a low level. But we only saw a small transient increase in energy expenditure during the first couple of weeks of the [low-carb] diet, and that essentially vanished by the end of the study.

Despite what some expected, it took the volunteers on the high-fat diet 28 days to lose as much weight as those on the baseline diet lost in 15 days. (All volunteers were overweight; the mechanism for their weight loss was lower daily caloric intake.) To be fair, there was no control group and calorie restriction generally has a bigger impact during the first month on any diet. That said, this study provided a serious blow to low-carb advocates.

As dietician Bonnie Taub-Dix told Well + Good, there should be an emphasis on eating the right carbs, such as whole grains. She’s also not a fan of diabetics getting into ketosis, even though this community is specifically targeted by advocates. “It can cause DKA, diabetic ketoacidosis,” she said. “This happens when your body is producing a lot of ketones and can lead to vomiting, diarrhea, feeling faint, and being [excessively] thirsty.” 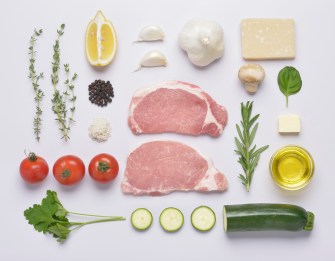 The Internet is filled with anecdotal tales of triumph thanks to ketosis. The diet should not be completely written off, as other studies — on mice — have shown positive benefits, such as weight loss and memory improvement. Again, these are short-term fixes, not longitudinal proof.

As Taub-Dix notes, balanced dieting is “boring.” People always want the next great thing, be it a shamanically-blessed Amazonian berry or a supercharged Pacific Northwestern mushroom. I recently had dinner with a fellow who talked about his nootropics regimen, which greatly increases his focus, yet he checked his cell phone every five minutes during our two-hour meal. The distance between our brain and our gut remains too long to traverse.

Is healthy sugar possible — and would you eat it?

Eating veggies is good for you. Now we can stop debating how much we should eat.
Health

From baboon hierarchies to the mind-gut connection, the path to defeating depression starts with understanding its causes.
▸
23 min
—
with
Big Think
Health

A new study finds that dogs fed fresh human-grade food don’t need to eat—or do their business—as much.
Up Next