The old adage “patience is a virtue” is coming undone due to new research that suggests patience (along with impulse control) can be linked to specific neurological systems. Instead of being solely determined by our behaviors as previously thought, both patience and impulse control may be something derived from our biology.

A previous study involving mice showed a possible link between a lack of serotonin receptors in the brain and impulsive behaviors. As this link has been recently discovered and is not yet entirely understood, the new research team aimed to understand the neurological processes that control patience and impulsive behavior.

That same team of scientists published another study in the journal Nature Communications. This study pushed this theory further by researching the role of the dorsal raphe nucleus (DRN)—the part of the brain that contains serotonin-releasing neurons—in mice. It was during this study that they found a causal relationship between the action that serotonin has on this brain region and the patience for anticipated rewards. 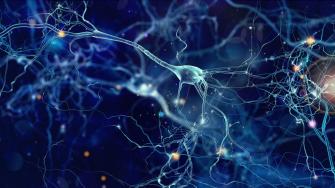 What role does biology really play in our ability to be patient and control our impulses?Credit: whitehoune on Adobe Stock

The Neural Computation Unit at the Okinawa Institute of Science and Technology Graduate University (OIST) ran the latest study, which focused on three parts of the brain:

According to Medical News Today, the team chose these regions of the brain because prior research has shown that damage to them leads to an increase in impulsive behaviors.

To take their research to the next level, the team used mice that were genetically engineered to have specialized proteins that release serotonin on exposure to photostimulation. The mice were trained to poke their nose inside a hole (to wait for a food item). Then, they underwent surgery in which researchers implanted an optic fiber into the DRN part of the brains of the mice.

Seventy-five perfect of the mice were put through the waiting task again while activating a serotonin release through a light stimulation procedure. The other 25 percent went into an “omission” group that received no rewards or serotonin stimulation.

The results of this study prove serotonin plays a role in patience and impulse control.

When the research team activated the serotonergic neurons in the DRN of the mice, they displayed improved patience when waiting for food rewards. Stimulating the OFC area was almost as effective as stimulating the DRN area in promoting these prolonged wait times in the mice. However, triggering the NAc had no impact.

A particularly interesting part of this study was that, upon stimulating the mPFC region of the brain in the mice, their ability to wait for the food reward was enhanced but only when they did not know the food’s arrival time. These results suggest that serotonin in the mPFC can impact the animal’s ability to evaluate the time required to wait for a reward. Meanwhile, the neurochemical’s presence in the OFC assists in the overall assessment of a delayed reward.

“This confirmed the idea that these two brain areas are calculating the probability of a reward independently from each other and that these independent calculations are then combined to ultimately determine how long the mice will wait,” Dr. Miyazaki told Medical News Today.

This research could reveal more data on how serotonin impacts regions of the brain, which could eventually lead to the development of new drug treatments for conditions such as depression and addiction, among others.

A cosmic puzzle is finally solved, as new observations answer the question of why this galaxy exists at all.For the last couple of years, astronomy has had a tremendous puzzle to […]