The sticker price for a vial of insulin has increased more than 3000 percent over the last 60 years, making it cost-prohibitive for the world’s 463 million diabetics. While type 2 diabetics often manage symptoms through lifestyle changes, type 1 diabetics must inject insulin or risk death.

Merely three companies control 90 percent of the world’s insulin — and they raise the price in chorus, year after year. To fight this trend, the Open Insulin Foundation is developing the first practical, small-scale, community-centered solution for insulin production. Once they replicate medical-grade insulin, they are going to share the recipe with the public for free.

Insulin and type 1 vs. type 2 diabetes

Since insulin was first discovered at the University of Toronto in 1921, it has become one of the planet’s most important medications. Normally, insulin — a peptide hormone that regulates the metabolism of carbohydrates, fats, and protein — is synthesized by beta cells in the pancreas. When blood glucose levels are high, insulin is released, which encourages body cells to absorb glucose, lowering its level in the blood.

This process can go awry for a variety of reasons, including an abundance of sugar-rich foods, genetics, and a general lack of movement in our lives.

There are two different types of diabetes. Type 1 diabetics have an autoimmune condition that prevents them from producing their own insulin. Thus, type 1 diabetics must inject insulin in order to survive.

Type 2 diabetics have some resistance to insulin’s effects. Their bodies overproduce insulin in an attempt to maintain proper blood glucose levels. (Eventually, the pancreatic cells that produce insulin can burn out.) Roughly 90 percent of the world’s 463 million diabetics suffer from type 2 diabetes. While they often can manage their insulin levels through healthier nutrition and exercise, many type 2 diabetics need prescription insulin as time goes on.

The greatest danger of not receiving an insulin injection is diabetic ketoacidosis (DKA), in which the bloodstream becomes extremely acidic and the diabetic is rendered dehydrated. Symptoms of DKA include vomiting, hyperventilation, coma, and death.

As of 2018, 34.2 million Americans had diabetes, with 1.6 million suffering from type 1 diabetes. Every year, 1.5 million more Americans are diagnosed with diabetes, resulting in an overall cost of $327 billion to the economy. ($237 billion is attributable to direct medical costs, and $90 billion is attributable to reduced productivity.) Currently, about 7.4 million Americans are taking insulin as a form of treatment for diabetes.

How is insulin made? And why is it so expensive?

Insulin is made using the tools of modern biotechnology. A gene for insulin is inserted into a microbe, such as E. coli or yeast. The host becomes a bio-factory, cranking out large amounts of insulin, which is then collected and purified before being bottled for sale.

The original patent on insulin was sold by its creators for $3 to the University of Toronto because they believed it was essential medicine that should not be monetized. But times have changed. The big three insulin manufacturers (Eli Lilly, Novo Nordisk, and Sanofi) have 90 percent market share. While a vial of insulin costs them roughly $5 to manufacture, each vial is sold for $180 to $400.

Though the original patent expired long ago, pharmaceutical companies implement a practice in which a successful medicine is slightly tweaked in order to make it better. Each tweak earns them a new patent. Additionally, while generic insulin exists and can cost as low as $6 (as in Spain), the big three insulin manufacturers exploit the mind-bogglingly complicated American health insurance system to maximize revenue. This leaves the uninsured or under-insured left paying exorbitant rates out of pocket.

“[Dr. Mariana] Socal says that the rebate money is split between the insurance providers and benefits managers, and patients see none of the savings. If you’re uninsured, you pay the list price, not the lower net price. If you are insured but have a deductible, you have to buy the drug at the list price before your insurance company will kick in. And even with full insurance coverage, the co-payment for the drug is still a percentage of the higher list price, not the cheaper net price.”

According to the American Diabetes Association, a quarter of insulin patients are now self-rationing their medication in order to cut down expenses. This is dangerous. 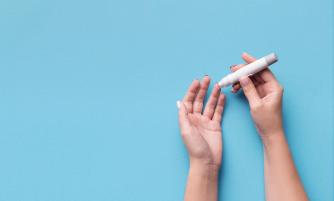 The non-profit Open Insulin Foundation began in 2015 in Oakland, California with $16,000 in crowdfunding. Over the past six years, the lab has grown with the goal of providing diabetics with life-saving insulin at an affordable cost.

Type 1 diabetic Anthony Di Franco is the founder of Open Insulin. His goal is to make insulin production open-source and decentralized. Di Franco was inspired to found the organization after experiencing a temporary lapse in insurance coverage in which he had to pay $2400 per month for insulin supplies. At the time, that dwarfed the $1600 per month he received as a graduate school stipend.

Open Insulin hopes to design a “recipe” that other small labs all over the country can follow to produce insulin for diabetics living in the area. Once the recipe is perfected, the team will purify the protein and test it on Di Franco, who has agreed to become the project’s guinea pig. (There are no FDA regulations against testing drugs that you produce yourself.) As Di Franco says of the project, “It’s not like a new drug where you don’t really know what it does. This is a drug that we already know what it does, and we just have to see if we made it correctly.”

If Di Franco’s test run is a success, he will release the recipe online and hope that hospitals and clinics take advantage of it to produce low-cost insulin for their patients.

Synthetic biology has the power to cure and kill. Have we learned from our past mistakes?
Up Next
Hard Science

A comet impact may have paved the way for human civilization

The Younger Dryas impact hypothesis argues that a comet strike caused major changes to climate and human cultures on Earth about 13,000 years ago.