A new study just published in the journal Personality and Individual Differences from Hirokazu Doi and Kazuyuki Shinohara of Nagasaki University asserts that men with more testosterone in their saliva are less likely to enjoy sophisticated music: jazz, classical and avant-garde.

It’s not completely clear who first said this, but it was probablyMartin Mull: “Writing about music is like dancing about architecture.” Music’s a non-verbal art that defies verbal description. When critics review a new song or collection, they talk about lyrics, because for the music there are no adequate words available beyond those that cite other compositions for comparison. Likewise, some twist themselves into knots trying to sort music into categories that dumb-down or miss its meaning altogether, and even affix value judgments to such categories. And yet, there’s no forward or back, “simple” or “advanced,” in music’s journey through human history: The most avant-garde, “sophisticated” music often sounds the most “primitive.”

In the study the authors write, “There is great variation in preference patterns for music. However, the cause of such individual differences has not been fully elucidated to date. Many behavioral traits, including personality, are known to be influenced by steroid-hormone testosterone. On this basis, we conjectured that testosterone partly determines individual differences in music preference.” And so they became interested in learning whether “neuroendocrinological function can exert influences on music preference patterns.” They say, “To the best of our knowledge, this is the first demonstration of the link between biological predisposition and musical preference.”

The study involved 37 Japanese male and 39 female listeners. They were mostly in their early 20s, and the researchers measured each one’s level of the hormone by analyzing concentrations of testosterone in samples of their saliva.

The 25 fifteen-second musical snippets to which each subject listened weren’t identified to them by genre. 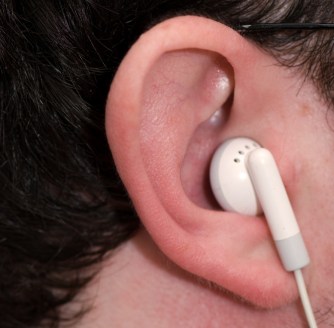 The snippets were selected by researchers to represent the spectrum of music, based on five dimensions — Mellow, Contemporary/Urban, Sophisticated, Intense, and Unpretentious — identified by neuroscientist Daniel Levitin in a 2011 study. Oddly, three of the five describe emotional effects, and one, Contemporary/Urban, is a genre, as if Contemporary/Urban can’t also be mellow, intense, or unpretentious. And the last one seems to reflect a value judgment: “Sophisticated.” Hm. Each participant was asked to rate a snipper as either “Like very much,” or Don’t like at all.”

The researchers also gave subjects questionnaires that sorted them in categories according to the Big Five personality types and found no persuasive correlation between musical preference and personality type.

However, “The main finding was a significant negative correlation between testosterone level and a preference for sophisticated music including classical, jazz and avant-garde music for males.”

There’s no discussion here of the fact that most jazz, classical, and avant-garde music — with the exception or opera in the second case, and free-style vocalizations in the third — has no words, and many people simply like music they can sing along with, and/or that have stories they can relate to on a personal level. Also, those three genres are typified by pieces that are l-o-n-g, maybe too long for many modern listeners, and certainly for many contexts in which music gets heard.

As we noted at the beginning, there are — as their will typically be — numerous value judgments regarding music in the study’s conclusions. One might assert, for example, that a modern pop record’s multi-layered vocal and musical arrangements — not to mention lyrical content — are significantly more complex than the far-more homogenous harmonic and rhythmic movement within a typical classical piece. Or not.

Music and sounds only seem to reduce pain in mice when played at a specific volume.
Up Next
Health

3Q: D. Fox Harrell on His Video Game for the #Metoo Era

Three questions for the designer of a video game in line with the times.