It’s certainly a classic: Campbell’s Soup. How many lunchtimes have been elevated by its warm tomatoey goodness? To us, it’s a comforting touchstone. To Campbell’s, though, it’s a business, and not just any tomato will do. What you may not realize about this old friend is that every bowl contains an odd solution to a genetic puzzle that’s long mystified growers.

A new article from the Cold Spring Harbor Lab (CSHL) solves the riddle, however — the answer it presents serves as a cautionary tale about messing with Mother Nature. 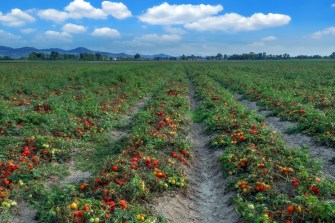 When we think of a choice tomato, we’re likely to picture a red, juicy orb of flavor, and Campbell’s no doubt does, too. However, given the uncountably huge number of tomatoes they need for their soup, there are other considerations as well, such as the ease with which the fruit can be plucked from growers’ vines by automated pickers.

Back in the 1960s, farmers noticed a tomato strain whose fruit came easily off the vine, cleanly separating at the tomato’s top. What was unique about the plant was that its stems lacked a bend, or joint, so that when their fruit was gently pulled, they popped right off.

Using traditional plant-breeding techniques, Campbell’s growers promoted this “j2” (for “jointless 2”) mutation, ultimately developing a “jointless” tomato. However, the tomato had a problem: While it was easy to harvest, it would branch and flower before bearing much fruit. Lead CHSL researcher Zach Lippman recalls, “Even that first plant from Campbell company was described as having excessive branching.”

Breeders in Florida persisted in trying new variants with j2. Eventually they stumbled across a plant that was both jointless and grew well, and the rest is tomato-soup history.

But not quite: It was an unexplained genetic solution to a problem, leaving j2 a “cryptic genetic variation.” As Lipmann explains: “On its own, the single mutation has no obvious effect on the health or the fitness or the vigor of the plant. But when another mutation happens along with it and there is a negative interaction, that’s the cryptic mutation revealing itself.” 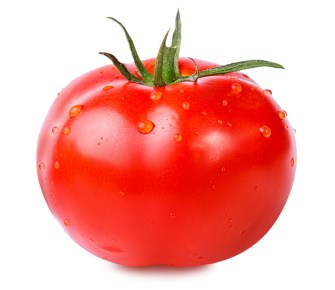 Lipmann and his colleague Sebastian Soyk analyzed the plants’ genetic makeup and identified the interaction that caused the early branching and flowering. It was a conflict between j2 and an ancient gene mutation likely dating back 4,000 years. “The ancient mutation,” asserts Lipmann, “normally ‘breaks’ the [j2] gene. It reduces the functional activity of that gene by 30 percent.”

More surprising was the manner in which the Florida growers had inadvertently solved the conflict. One might imagine that they somehow managed to breed out the ancient gene, but that’s not what happened. Their efforts produced a second copy of that ancient gene that cancelled out the first. It seems that this particular gene acts something like an on/off switch. Regarding this, Lipmann says, “If I suddenly have two copies of that mutated gene, we’re back to nearly full functional activity. This duplication event was naturally occurring, so basically, nature provided the solution to its own problem.” 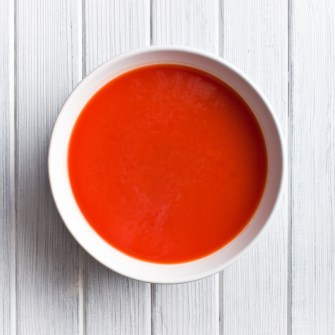 This odd little story underscores how much we still have to learn about genomes. “The example we presented is very a black and white case,” Lippman says. “However, I’m pretty confident saying that there are going to be many examples of cryptic variation that are much more nuanced and subtle in their effects.”

With powerful tools at our disposal such as CRISPR, we’re still just at the beginning of our understanding, and there are far more critical, life-or-death, circumstances in which new technologies are being deployed. As CSHL found, though, Mother Nature continues to have some rabbits in her hat.

As Lipmann’s research shows, “If you have a particular gene that you want to use to improve a trait, for example, by gene editing, it may very well be that the outcome is not going to be what you expected.”

Back to the drawing board.
Up Next
The Present

Should veganism receive the same legal protection as a religion?

It’s illegal to discriminate against people based on their gender, race, or religion. What about veganism?