Human beings are easily spooked. We are pattern-making machines, and when something doesn’t fit, it’s distressing. Our difficulty in integrating unexpected information is such a fundamental part of how we work, its influence pops up everywhere: it’s why the new kid in school gets bullied, why we experience culture shock, and its why the debate on immigration burns so hot.

Let’s say you ride the train to work every day. Anyone who’s done this before can attest to the weird phenomenon of seeing the same strangers on the train, people with similar schedules and lifestyles who you don’t really know. One day, somebody new is on the train, but they don’t fit: they don’t look like, talk like, or act like you or your familiar strangers. What are they doing on your train?

This scenario formed the basis of a 2012 study by Ryan Enos, an assistant professor of government at Harvard University, designed to measure how people respond to the sudden appearance of out-group individuals; new people who don’t fit.

As the setting of the experiment, Enos selected a series of commuter rail stations in the Boston metro area. For anybody familiar with area, it won’t be a surprise that the study sample consisted mostly of Anglo-white individuals—83 percent of the whole, to be exact. While demographic change is happening to much of the U.S., Boston has received fewer immigrants than, say, Arizona. Despite this, Massachusetts is consistently rated as one of the most democratic and liberal states in the union, ostensibly meaning that immigrants would be more welcome in the state than elsewhere.

This assumption was put to the test when Enos hired pairs of native Spanish speakers and instructed them to simply ride the train at the selected stations. In a previous survey, the Spanish speakers had been rated as appearing to be Hispanic immigrants. They were not told about the purpose of the study, nor were they given instructions to speak Spanish to one another or interact with people on the train, just to ride it and act however they pleased. 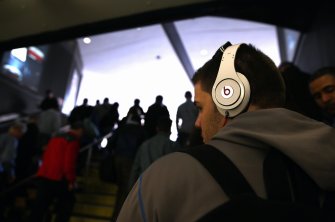 Enos distributed surveys to a random set of commuters on the train at three different points: before introducing the Spanish speakers into the commuter environment, three days after, and 10 ays after. This survey asked questions about the respondents’ demographics, political opinions, and the following three key questions:

1. Do you think the number of immigrants from Mexico who are permitted to come to the United States to live should be increased, left the same, or decreased?

2. Would you favor allowing persons that have immigrated to the United States illegally to remain in the country if they are employed and have no criminal history?

3. Some people favor a state law declaring English as the official language. Some other people oppose such a law. Would you favor such a law?

After being exposed to the Spanish speakers, respondents were far more likely to support stricter positions on immigration and to support making English the official language. “People’s attitudes moved sharply in this exclusionary direction,” Enos said in an interview with the Boston Globe. “I was surprised that the effects were strong.” The Spanish speakers were debriefed after the experiment and reported similar impressions. “Because we are chatting in Spanish, they look at us,” wrote one of the participants in a report to Enos. “I don’t think it is common to hear people speaking Spanish on this route.”

Even in one of the most liberal places in the U.S., exposure to a new group of people made the commuters more exclusionary and conservative in their positions on immigration. In the survey, liberals demonstrated the greatest change in opinion, whereas conservatives, who already supported more exclusionary policies to begin with, didn’t change their stances as dramatically.

These results might seem like prejudice is baked into the human brain, but digging a little deeper in the data reveals a more optimistic conclusion. Respondents had the strongest support for exclusionary policies three days after they had been exposed to the Spanish speakers. When the survey was administered again 10 days after exposure, the effect had decreased. They still supported exclusionary policies more than they had initially, but not quite so sharply as they did soon after their exposure.

Over time, people got used to the newcomers. The results, published in 2014, suggest that, although initial contact with outsiders is stressful, over time we figure out how to fit them into our lives. The Spanish speakers reported this as well: “People have started to recognize and smile [at] us.” They reported that some people would come up to them and strike up friendly conversations. In short, they had become familiar strangers.

A new study shows that the worse off you think you are, the more likely you are to choose the steak over the garden salad.