Jack Kornfield originally studied Buddhism in Thailand, Burma (Myanmar), and India, in order to become a monk. Today, he is an award-winning writer, public speaker, and co-founder of the Insight Meditation Society in Mass., and the Spirit Rock Center of Calif.

At the Wisdom 2.0 Conference, recently held in San Francisco, Kornfield talked about the current socio-political atmosphere and the anger, distress, and anxiety many feel surrounding it. He shared insights on how to calm these feelings and supplant them with courage, compassion, and wisdom.

Kornfield began by polling the room. He asked how many people were feeling anxiety over the current political environment. A large swath of attendees raised their hands. In Greek mythology, he explained, the furies were unleashed upon the Earth when oaths or rules were broken, or the vulnerable or the populous had been offended. These were monstrous harpies named jealousy, hatred, and vengeance.

The results of the last US election and the social and political turmoil that erupted in its aftermath, is bringing to the surface a tempest of negative emotions. But the problem is, “The furies can’t be stopped when they’re released.” Only Athena, the goddess of wisdom could neutralize them. How?

By inviting them into her temple and “giving them a place of honor.” So too, do we have to invite negative emotions into our own hearts. We don’t have to embrace them, but instead listen and give them the attention they deserve. 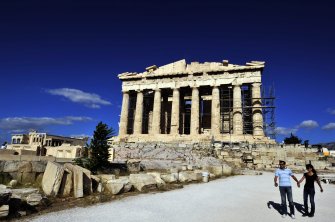 Kornfield reminded attendees of Martin Luther King Jr.’s words, in 1963, after his Sixteenth Street Baptist Church in Birmingham, Alabama, had been bombed by clansmen. Four girls were killed and many more congregants were injured.

Next Kornfield defined politics, which he calls “ritualized warfare.” Paraphrasing early 20th century commentator H.L. Mencken, he said the point of politics is to “put the populace in a state of alarm and keep them fearful so that they will vote for safety.” In this way, politicians and pundits “hijack your limbic system.”

Lodged in this state of heightened anxiety, we tend to engage our emotions instead of our intellect. Kornfield reminded that with the Bosnian crisis, Northern Ireland, and the Rwandan genocide, angry propaganda on the radio was used to move the people toward bloodshed. “We have to stop the war. And the place where the battle stops is in ourselves, every day.”

He suggests only a small dose of news daily. “You don’t need a lot of it. You know the plot,” he said. The endless commentary from talking heads seems to inflame rather than inform. 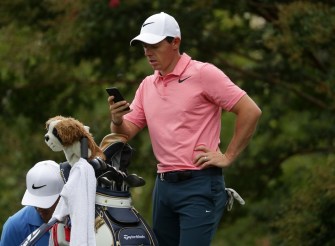 Hyper-connectedness immerses us in issues, solidifying enmity towards the other. Getty Images.

He also said we should change our approach. Instead of seeking wisdom from others, Kornfield suggests we sit quietly with our own thoughts within the serenity of nature. “Hike. Swim. Step outside. See the vastness of the sky and the mystery of life. It’s just a much bigger scene going on here.” Meditating outside he says, can help us connect to our inner truths.

Rather than focusing on the latest news story and how it makes you feel, stop and connect with something larger, something that speaks to deeper places inside. When you find the inner truth speaking to you, take up its call. “Let yourself become the temple of wisdom you would want for the world.”

He cautions however, not to stand up in a heroic way, but a dedicated one. “When you listen deeply, the universal values are really clear. Hatred never ends by hatred, but by love alone is healed.” It’s true that all the world religions (and secular humanism) by and large, have the same values. So we have more in common than we realize.

That said, how can we heal the rift between ideologies and social groups? “You have to turn toward the difficulties,” Kornfield said. But this isn’t getting immersed or re-traumatized. It’s trying to see it for what it is. However, approaching serious issues without getting bogged down in an ideological morass, is exceedingly difficult.

To keep your footing, “Turn toward the difficulty from a quiet place,” he said. “The election or whatever is really a symptom. Like in family therapy they identify the patient. But it’s really a symptom of the family. And you begin to name the suffering that you see shared. It’s a shared suffering.”

Turning toward the US specifically, he paraphrased Langston Hughes saying, “Let America be America again. The America she never was.” Kornfield believes the US is divided under similar lines as during the Civil War. “We haven’t yet come to terms with Native American genocide and with slavery in the kind of truth and reconciliation that happened in South Africa, where we are honest about the suffering that’s been caused, and then come together in an honorable way.” 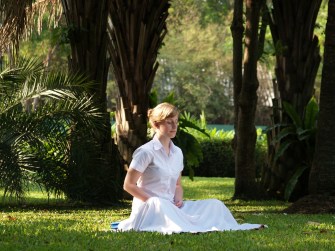 Kornfield suggests we meditate in nature to overcome anxiety and find our path. Pixababy.

So how can we be more compassionate and yet not grip too strongly? “You have to be willing to open your heart and hold the sorrows not just of you but of everybody.” No matter which side of the divide you’re on, suffering is what we all have in common. And most times, we don’t know what the other person has gone through, which drives them to take the stance that they do.

“James Baldwin writes, ‘I believe one of the reasons that people cling to their hate and prejudice so stubbornly, is they sense that once hate is gone, they will be forced to deal with their own pain.’” Instead of standing up and blaming the other, Kornfield asks us to recognize the pain we all share. Besides that, we must also take in the magnificence and beauty we also share and not forget it. After all, “America the Beautiful,” isn’t merely a song, is it?

What we really need to do it quiet our minds, according to Kornfield, reconnect with those deep, universal values and personal, inner truths. These should tell us what path we’re meant to be on. Then find others who share your mission or vision. Get moving, motivated, and active.

Plant seeds, become an ally for those who require one, protect what’s important, get involved, donate or volunteer, be it with an organization that deals with immigration, social justice, climate change, or what-have-you. You can even help retrain those left behind so they can reenter the workforce. Make a vow to use your own unique talents and capacities to heal yourself and help the world. But be sure your actions are motivated at all times by loving kindness and always hold the other in your heart.

Why understanding scale is vital, not just for science, but for everyone

We may use superlatives all the time, but that’s no substitute for quantifying just how bad, big, or important something is.This article was written by Kimberly Arcand and Megan Watzke. […]