Philosopher Chris Letheby believes that psychedelic drugs are a legitimate way to achieve a spiritual and therapeutic transformation. His doctoral research at the University of Adelaide was the first systematic attempt to relate psychedelic experience and 21st century philosophy of cognitive science. He argued in his thesis that psychedelics can be rightfully regarded as bringing a deeper understanding of our selves and the world around us. In fact, he says, the use of psychedelics is very much consistent with philosophical naturalism and our current scientific knowledge.

While using psychedelics, Letheby maintains, subjects gain knowledge of their own psychological potential and the fact that their selves are constructed. He expanded on these ideas in his recent interview with the 3:AM Magazine.

Letheby says that as recent scientific evidence shows, psychedelic sessions can lead to the reduction in the symptoms of anxiety, addiction and depression. Since these activities prevent people from engaging with the world, our normal way of gaining knowledge, psychedelics provide what Letheby calls “epistemic benefits” – allowing the patients to get reconnected and be able to once again take in information. 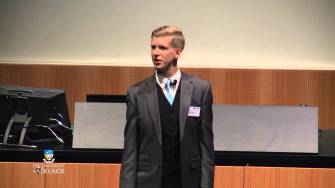 The philosopher described his philosophy as “physicalism or materialism” that basically says the mind and consciousness emerge from “the complex organisation of non-minded, non-conscious things.” He thinks that from that standpoint, psychedelic states can allow the subjects to gain “genuine knowledge” of psychology.

“Specifically, I think psychedelic subjects gain what philosophers call ‘knowledge by acquaintance’ of their own vast psychological potential,” says Letheby. “They become directly acquainted—because it becomes manifest—with the modal or dispositional fact that there are vastly many, often very unusual, possible ways that their minds can be.”

This is why, he claims, many spiritual seekers of the 60s ended up dedicated to meditation to expand upon the potential they realized existed while tripping.

He also thinks psychedelics can illustrate to people that the self is constructed. He thinks the drugs can offer a quicker path than meditation to having a transformative “ego dissolution experience”.

To those who criticize psychedelics as not providing a true experience since it’s not grounded in reality, Letheby says such drugs can really lead to “real knowledge”.

In a Matrix-like twist, the philosopher also argues that psychedelic experiences can show that the “ordinary waking perception” is actually a “controlled hallucination.” What psychedelics do is disrupt this illusion and “could draw people’s attention to the constructed or simulated nature of the reality in which they live.” The drugs can show that the entire world they inhabit is produced by and exists within their consciousness.

Check out the full interview here, with a fascinating discussion of other topics like the role of neuroscience and antidepressants in our lives.

The science fiction dream of a traversable wormhole is no closer to reality, despite a quantum computer’s suggestive simulation.
Up Next
Politics & Current Affairs

CRISPR-Cleaned Piglets Have Been Cloned for Organ Donation

Scientists have used CRISPR-Cas9 to clone virus-free piglets as organ donors for humans.