As billions of people fade in and out of history on this dusty rock, there are bound to be many strange ones. With the advent of psychology, the study of those who don’t fit the norm have provided many invaluable clues about who we are as a species, what we want as individuals, how our brains work, as well as shining a light on our deepest, darkest needs.

Here are 5 of the most unusual psychology cases that remind us of the underlying mysteries that make us human. 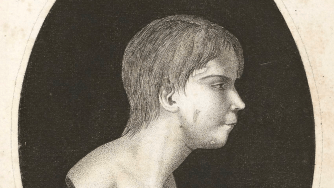 1. The Wild Boy of Aveyron

In 1800, a boy came out of the Aveyron forest in France. He was aged 11 or 12 and seemingly lived in the woods on his own for a number of years. The “feral child” didn’t know any language and was named “Victor” by the physician Jean Marc Gaspard Itard, who took it upon himself to study the boy.

Victor became a celebrity of sorts and a great case study of nature vs. nurture. While he never learned to speak fluently, he started to wear clothes, acquired appropriate toilet habits and could write a few letters. Itard was not the only scientist who studied the boy but five years of work led the physician to groundbreaking research into educating the developmentally disabled.

Autism expert Uta Frith believes Victor was possibly autistic but we cannot know for sure. 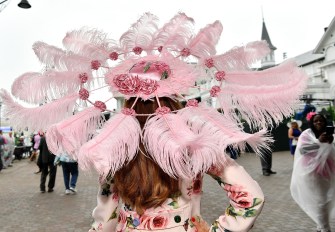 An ornate hat seen during Kentucky Derby 2018 in Louisville, Kentucky.

2. The man who mistook his wife for a hat

The British neurologist and author Oliver Sacks came across more than a few strange cases in his studies. One his most famous books “The Man Who Mistook His Wife For A Hat” describes the case of one Dr. P., who suffered from visual agnosia – a condition results from damage to the brain’s occipital or parietal lobes.

When he looked at the world around him, Dr. P. didn’t see it quite correctly, unable to recognize objects or people. For example, when he looked at his wife – he saw a hat. He also saw faces where there weren’t any faces at all.

“In the street he might pat the heads of water hydrants and parking meters, taking these to be the heads of children; he would amiably address carved knobs on the furniture and be astounded when they did not reply,” Sacks wrote.

A woman walks past a mural of a dragon inside the Game of Thrones pop-up bar in Washington, DC on July 12, 2017.

3. The woman who saw dragons everywhere

A research paper was published in The Lancet in 2014 with the juicy title “Prosopometamorphopsia and facial hallucinations.” It presented the unusual case of a 52-year-old Dutch woman who came to the psychiatric clinic of the authors. As if she was living in a real-life “Game of Thrones,” all her life she saw people’s faces change to faces of dragons. She also hallucinated such faces many times a day.

The researchers, who included Oliver Sacks, reported the woman describing that the dragon faces were “black, grew long, pointy ears and a protruding snout, and displayed a reptiloid skin and huge eyes in bright yellow, green, blue, or red.”

The dragons didn’t only appear to her in the faces but almost everywhere – in walls, electrical sockets, computer screens or just coming out of the dark at night.

The scientists didn’t fully figure out what was causing these hallucinations, even after extensive testing that included neurological examinations, EEGs and MRI brain scans. 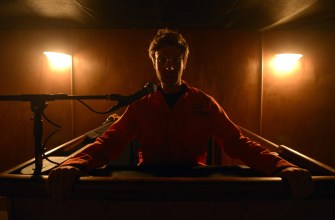 4. The man who wanted to be eaten

Yes, this is a not a case for the faint-hearted. Toronto psychiatric hospital doctors came across a man named Stephen, who wanted to be eaten. But the reverse-cannibalism fetish wasn’t enough – Stephen strongly preferred the eating to be done by a “large, dominant woman” who would then defecate him out.

The 45-year-old man was described as a clean, normal guy, who didn’t look psychotic. The researchers ascribed his bizarre wishes to the desire to be unborn, as if returning to the womb. Central to this was the idea of being swallowed whole and then expelled. “He often fantasized about being feces or semen and being expelled by a person,” the report pointed out.

Notably, this problem wasn’t the reason Stephen came to the doctors – it turned out he was worried he was gay. The doctors did not think so. 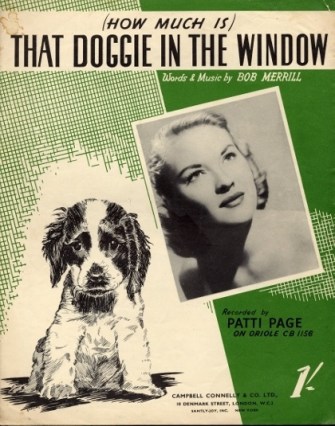 5. The woman who couldn’t stop the music for four years

Pop musicians generally try to create hook-filled tunes that you can’t get out of your head. But nobody wants it to go this far – a lady named Susan Root from Essex, England got a particular song stuck in her head for four years. The song was a 1952 tune performed by Patti Page called “How Much is that Doggie in the Window.”

Therapists couldn’t do much to cure Susan’s musical hallucinations also called “musical tinnitus”, as wrote Medical Daily. It got so bad that her husband of 40 years started to shout just to get her attention when she sat entranced by the song playing in her head.

The rare condition was the worst at night, when it’s quiet. Susan had to put on the TV just so she could tune out the incessant tune and go to sleep.

And if you’d like to see if “How Much is that Doggie in the Window” would get stuck in your head, give it a try here:

A recent study reveals how nerve insulation becomes impaired in the brains of Alzheimer’s patients.
Sponsored

Actor and science communicator Alan Alda shares his three rules of three for effective and empathic communication.
Up Next
The Present

Fox News, NBC, Facebook and CNN have all stopped airing the commercial, which some critics have labelled as inflammatory and racist.