Psychologist Abraham Maslow created what he called the hierarchy of needs, which is meant to represent the various needs and desires that make up and motivate the totality of human behavior. The hierarchy is usually shown as a pyramid, the lowest levels are basic human necessities before rising to the peak of self-actualization.

But Maslow wasn’t quite finished with his system. He put forth the idea that the true peak of the pyramid is self transcendence. Maslow summed it up as follows:

“Transcendence refers to the very highest and most inclusive or holistic levels of human consciousness, behaving and relating, as ends rather than means, to oneself, to significant others, to human beings in general, to other species, to nature, and to the cosmos.”

Before we can become self-transcended and learn what the traits are of self transcendence, we’ve got to first climb through the stages of self-actualization.

Self-actualization before self transcendence

The first stages of Maslow’s pyramid consist of having our basic needs met, before dealing with our emotional issues and then finally being able to achieve our greatest potential through self-actualization.

There is a genuine degree of personal authenticity, purpose and realistic grasp on reality for someone that is self-actualized. They’re usually bountiful in creative spirit and also humanitarian. Purpose is there and being fulfilled as well. You couldn’t ask for much more, until that is — you transcend self itself. It also sounds quite Buddhist in nature.

The self-transcendent state isn’t just a personal benefit that is good for the individual, but an important function of our global species itself. Indeed, once someone has reached their potential, they can begin using their skills, talents, and insights in service to others.

Here are some of common traits of self-transcended people.

1. A will to find meaning in their lives

Inherent to Maslow’s system was that out of our own natural volition, the end goal would be to reach higher states of emotional and spiritual consciousness. There is a wide range of pursuits we push ourselves to achieve, whether it’s power, love, money or something in between.

The self-transcended person seeks the meaning itself. It’s a simple idea really that’s been the root for many deeper theological and humanitarian sects for millennia. Those of us more naturally inclined towards becoming our greatest transcended selves seek something greater than the individual, whether it be the concept of God, or altruistically serving others.

2. Creating something for the world

Self-transcended people engage in work to help others. This could mean using their individual (self-actualized) talent to produce some new value or goods to the society at large. This could be the work of a great polymath, or businessmen like Bill Gates and Warren Buffett pledging the majority of their fortunes onto the public good when they die.

The project doesn’t need to be grandiose, but meaningfully produced by the individual. You ought to be creating something just for the sake of it. In turn it will bring happiness, growth or beauty to someone or group of people in the world. 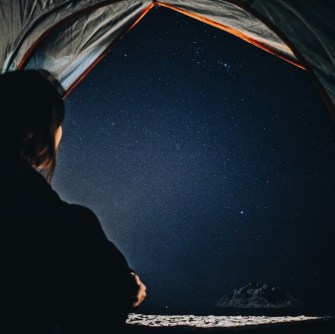 3. Receptive to the inherent beauty in the world

It’s the old adage, stop and smell the roses. Breathe in and enjoy the immensity and miracle of existence. The Hollies once sang, “All I need is the air that I breathe, Yes to love you..” It’s the Zen of the now and the ever unfolding dance of the universe. The most putrid nihilistic and non-life affirming view of the world is absent in this type of transcendence. Hubris is quelled and the soul is exuberant in the mystery of life.

4. Focus shifts from selfhood to well-being of others

At the core of self-transcendence is really this idea. Letting go of your own personal ego and spreading your love, acceptance and caring to a greater cause or person. The trait of “will to-meaning,” is in a sense the precursor to this much bigger trait. Once you’re actively building your self transcendent worldview, you can go on and find that which means more to you.

5. Change for motivation of values

Motivation shifts from an emphasis on the outer to the inner. Intrinsically motivated people do something because it’s morally right in some universal sense. Caring for others and loved ones isn’t because of some exterior game-play motivated idea, but because it’s what you’re doing for its own sake.

True self transcendence is never a reciprocal instrument to get something on or over somebody else. It’s the truest form of self-sacrifice that disregards self-interest for a higher ideal or greater good. 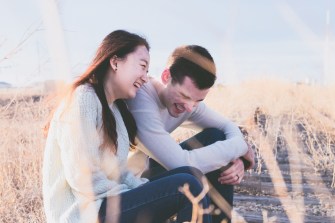 6. A steady stream of elevated emotions

States of natural bliss, ecstasy and existential awe are usually found within self-transcended people. They may just smile at what seems like the incredibly mundane and understand the inherent complexity within the most simplest of things. This type of trait makes them less prone to be angry at the fleeting annoying minutiae we’re all exposed to on a daily basis. A zen laugh erupts from those who have life-transforming experiences on the regular.

7. Morally concerned for others

There is a greater concern for an individual’s moral code when taking into account decisions or pursuits. These kinds of morals will differ as they’re still subject to cultural or theological based moral laws. Although, you’ll find those with this trait are more likely to hit upon values and ethic systems that transcend the boundaries of upbringing.

It was so well-motivated and compelling. But the particles never appeared.Every so often, an idea comes along in theoretical physics that’s undeniably profound. When a single idea can solve a […]