Have you ever felt like a fraud? Like, everyone at the office treats you with respect and admires your hard work, but inside you feel artificial. It’s as though you have no idea what you’re really about, and all it would take is the whisper of a secret activation phrase to crumble your entire façade. Only, instead of revealing that you’re secretly an awesome spy with the skills that kill, the phrase reveals a far more humbling reality: You suck.

If that sounds unsettlingly familiar—and it sure does for me—then you may have experienced imposter syndrome. People in the throes of imposter syndrome doubt their skills and accomplishments, worry their successes were the result of good luck, and fear being exposed as beguiling charlatans. This mental pattern, first known as “imposter phenomenon,” was introduced in a 1978 study. For the study, Pauline Rose Clance and Suzanne Ament Imes interviewed more than 150 highly successful women and discovered a lack of internal acknowledgment to be prevalent.

In the 40 years since, American women have made incredible strides. They have managed successful companies, held some of the most powerful offices, and won recognition for pushing scientific boundaries. Yet, a new study released by KPMG LLP, a U.S. audit, tax, and advisory firm, suggests imposter syndrome remains as pernicious as ever. 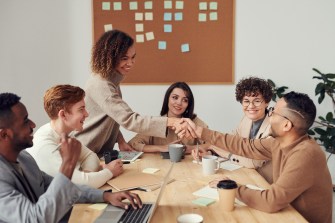 For the study, KPMG polled 750 high-performing executive women across a range of industries. Each was a participant at the KPMG Women’s Leadership Summit and was within promotional range of a C-suite position. These women had a proven work history of dedication, advancement, and achievement. No one could debate that these executives were anything but stalwart professionals—except, unfortunately, themselves.

Seventy-five percent of those polled reported having experienced imposter syndrome. Nearly half said those feelings originated from not expecting to reach their level of success and that it becomes lonelier at the top. Eighty-one percent believed they put more pressure on themselves than their male counterparts, leading to a consensus among participants that imposter syndrome is more common among women in corporate America. Three-fourths believed men do not experience feelings of self-doubt at the same level as women.

“It is important for organizations to gain a more thorough understanding of the specific issues women may face as they advance in their careers and as they move toward the C-suite. We hope the thought-provoking findings and solutions in this study help leaders everywhere as we work to further advance inclusion and diversity,” KPMG CEO Paul Knopp said in a release.

The participants did recommend workplace dynamics to ease these burdensome feelings. About half received support from thoughtful performance managers, and a third from rewards and other recognitions of value. And 72 percent said they looked to a mentor or trusted advisor for help and advice when the doubt creeps in.

“It’s important to realize that most women experience similar doubts at some point in our careers,” Laura Newinski, KPMG’s COO, said in the same release. “Our contribution as leaders is pivotal. Together, we have the opportunity to build corporate environments that foster a sense of belonging and lessen the experience of imposter syndrome for women in our workplaces.”

KPMG published its results as part of its “Advancing the Future of Women in Business” report.

Einstein’s Persistence, Not Genius, Is the Reason We Know His Name | David Bodaniswww.youtube.com

Because the original study focused on highly successful women, there’s been a misconception that only women suffer from imposter syndrome and the best remedy is for them to “just get over it.” Neither is true.

Regarding the gender gap, there’s been much back and forth in the research. Men certainly suffer from imposter syndrome, and some studies have suggested men may be more inclined toward it—at least under specific conditions. But due to social expectations and cultural norms, they may not be as open about it. Other studies have found women, especially women of color and those from the LGBTQ community, to be hit harder by imposter syndrome.

Thankfully, for both men and women, there are ways to diminish these fraudulent feelings of phoniness. Speaking with Time, imposter syndrome expert Valerie Young recommended reframing your thoughts. We can learn to be mindful of the disruptive thought, relabeling it as a feeling and not a reality. We can learn to appreciate constructive criticism, develop growth mindsets, and push ourselves to ask questions rather than holding back out of fear. And as KPMG’s study showed, having a supportive person to speak honestly with can do wonders.

“The goal is not to never feel like an impostor. The goal for me is to give [people] the tools and the insight and information to talk themselves down faster,” Young told Time. “They can still have an impostor moment, but not an impostor life.”

Short of pathological narcissism, I imagine we all have our imposter moments. I think author Neil Gaiman illustrates this best in an anecdote. One night, Gaiman was chatting up a fellow Neil at a very important event filled with very important people who had done very important things. Like Gaiman, the elderly Neil felt he didn’t belong in such a prestigious company. That Neil was, of course, Neil Armstrong.

As Gaiman put it so well: “And I felt a bit better. Because if Neil Armstrong felt like an imposter, maybe everyone did. Maybe there weren’t any grown-ups, only people who had worked hard and also got lucky and were slightly out of their depth, all of us doing the best job we could, which is all we can really hope for.”

There has been a dramatic increase in abuse and misuse.