Anybody would admit that they like it when an opposing sports team makes a critical mistake. Many of us also like it when a rival coworker gets turned down for a promotion that we were hoping to get ourselves. Some people think it’s funny when others trip. Some find it extremely satisfying that the controversial alt-right figure Milo Yiannopoulos is more than $2 million in debt.

It’s the feeling of joy in other’s harm: Schadenfreude. The human experience carries with it a huge spectrum of feeling that can be quantized into a hodgepodge of flavorful words — the dismal sluggishness of the English melancholy; the guilt that prevents you from imposing on others expressed by the Thai greng-jai; and the gloating pleasure of seeing harm come to others expressed by the German Schadenfreude.

For such a nuanced sentiment, schadenfreude has a necessarily nuanced nature. It comes in three primary flavors. Aggression-based schadenfreude occurs when members of a group experience schadenfreude at the misfortunes of those outside their group. The failure of a hated sports team might be enjoyable even if they’re not playing against your preferred team, for instance.

Rivalry-based schadenfreude is driven by social comparison. If your neighbor just purchased a new sportscar, and the next day a tornado picked it up and threw it into the next state, you would feel schadenfreude because your rival has returned to his prior, equal level of social standing.

Justice-based schadenfreude is fairly straightforward; it’s the feeling that one experiences when somebody finally gets what’s coming to them. It’s that warm fuzzy feeling one gets when a murderer or con artist gets the book thrown at them.

While schadenfreude experiences tend to fall into these general categories, who falls into them and how can vary quite a bit. For example, researchers conducted a study where the participants and some secret confederates of the researchers played a version of the Prisoner’s Dilemma, a game that can involve betrayal as a viable strategy. Then, the researchers gave their confederates an electrical shock and measured the brainwaves of the study participant.

When a confederate who had cooperated with the participant was shocked, empathy-related areas of the brain lit up. But when that person had betrayed the participant before, the results were different. Female participants felt slightly less empathy towards the electrocuted confederate. In male participants, however, the area of their brains associated with rewards lit up like a Christmas tree. Based on this research, it appears that men feel justice-based schadenfreude more than women.

But you don’t even have to have been wronged by somebody to experience schadenfreude. In fact, schadenfreude can be experienced when a member of a stereotyped group experiences pain. The stereotype content model (SCM) asserts that, broadly, people are stereotyped according to their perceived degrees of warmth and competence. A highly warm and competent group might be, say, the middle class; they provoke a feeling of admiration. The elderly are an example of a highly warm but incompetent group, and they provoke pity. A low warmth but high competence group would be the rich, who provoke envy. And a low warmth and low competence group might be drug users, who provoke disgust.

Using this framework, researchers showed study participants a random image of a member of the admiration, pity, envy, or disgust groups. Then, the participants were asked to imagine a randomly assigned scenario happening to that person. An example might be an image of a wealthy businessman with a line of text describing how a taxi just ran through a muddy puddle next to him as he was walking down the street, soaking his clothes.

The participants also had sensors attached to their faces that measured their facial movements. Generally, participants smiled when something good happened to members of the pride, pity, or disgust groups. But whenever something bad happened to a member of the envy stereotype group, the participants smiled far more than they would when something good happened to an enviable target. People are generally loath to report that they enjoyed seeing somebody in pain — especially a stranger that they are making assumptions about, so measuring facial muscles was an excellent idea to get around this.

As for who experiences schadenfreude the most, there a few major groups that stand out. Although schadenfreude is particularly noticeable in children, even children as young as 1 years old, it’s probably not the case that they feel schadenfreude more. Rather, they simply haven’t learned to hide the socially undesirable feeling. Instead, two groups of people stand out as particularly prone to schadenfreude.

Because humans are constantly comparing themselves with one another, status lies at the heart of schadenfreude. Like seen above, we enjoy it when something bad happens to high-status people; taking others down a peg can make us feel like we ourselves have gone up a peg. Correspondingly, people with low self-esteem tend to experience schadenfreude more. When one thinks very little of oneself, seeing other, ostensibly “better” people suffer can be a comfort.

While schadenfreude is a normal, if somewhat unsavory, emotion, it does have a darker side. People who score high in the Dark Triad — narcissism, Machiavellianism, and psychopathy — tend to feel schadenfreude more intensely. In addition, depending on which of these three traits are stronger, people feel schadenfreude in different ways. Narcissists, for instance, enjoy downward social comparisons more — such as when a coworker received a poor yearly review.

In part, this effect occurs because both schadenfreude and the Dark Triad personalities require a degree of dehumanization. Healthy humans need the conditions to be right for their empathy to switch off, allowing schadenfreude to be experienced. Psychopathic people, however, don’t have that barrier in their way, making it easier for them to feel the perverse pleasure of watching misfortune befall others. 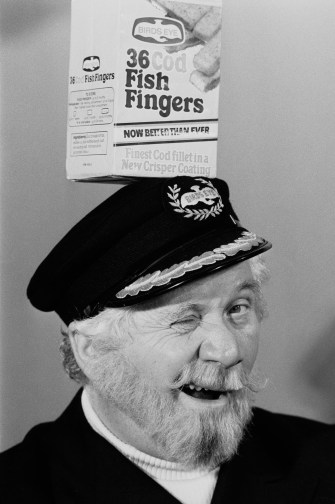 This scientist collected thousands of secrets. They all had 3 things in common.
▸
7 min
—
with
Michael Slepian
Up Next
Health

Though eggs are back on the menu, some are trying to rewrite the script.