Romantic relationships are difficult to get right no matter how hard we try. Thankfully, philosophers and other big thinkers have weighed in and offered advice. Here’s who you should trust with relationship advice — and who you should run from. 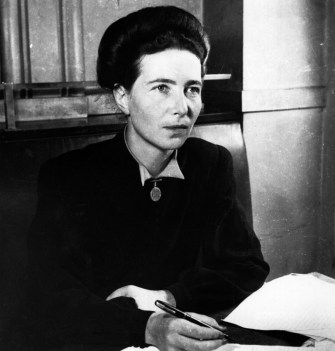 Simone de Beauvoir was a French writer, intellectual, political activist, and feminist. She spent much of her life in an open relationship with Jean-Paul Sartre, and while she considered herself “the midwife of Sartre’s existential ethics” according to the Stanford Encyclopedia of Philosophy, she is now recognized as a philosopher in her own right.

De Beauvoir’s biggest idea is that women are equal to men in all things — especially romantic relationships. “She insists that women and men treat each other as equals and… equality is not a synonym for sameness,” explains Stanford. Meaning, instead of taking on gendered roles in a romantic relationship, the relationship is stronger, deeper, and richer if both parties retain their individuality and pursue their own interests. The best way to not fall prey to gender assumptions? Refuse to automatically bind your behavior (and happiness) to typical masculine and feminine roles and ideals.

“Identify your assumptions, treat them as prejudices and put them aside; do not bring them back into play until and unless they have been validated by experience,” according to De Beauvoir’s most famous book The Second Sex. To put it more simply, “the best love relationships are those where lovers are free and equal.”

Speaking of commitment, Søren Kierkegaard believed that a loving, committed relationship was how people became their best selves. A Danish philosopher who is best known as the father of existentialism, one of Kierkegaard’s biggest themes was the idea of subjectivity. He believed that “subjectivity is truth… [and] truth is subjectivity”, meaning, truth is not about discovering objective facts independent of lived experiences; truth is found in how an individual relates to those experiences. Basically, people are not meant to discover truth alone; they are meant to learn truth by relating to each other.

The best way to do that, in Kierkegaard’s eyes, was in love. He puts it this way in Three Edifying Discourses:

Love has this ability because, as he writes in Works of Love: “Love does not seek its own, for there are no mine and yours in love.” Love, he argues, seeks something higher. And when it is given room to grow and flourish, that is when people are at their best. As he writes with Judge Vilhelm in Stages on Life’s Way: “Marriage is and remains the most important voyage of discovery a human being undertakes; compared with a married man’s knowledge of life, any other knowledge of it is superficial, for he and he alone has properly immersed himself in life.” 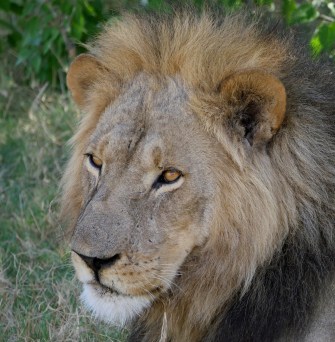 Clive Staples Lewis was many things: an English novelist, a professor at both Oxford and Cambridge, a poet, and a Christian apologist. He was not a philosopher, but was certainly a big thinker: Lewis was a stickler for considering contradictory ideas in order to refine a belief. He applied that rigor toward love and wrote The Four Loves, a treatise on the kinds of love humans need to survive.

“To love at all is to be vulnerable, love anything and your heart will certainly be wrung and possibly be broken. If you want to make of keeping it intact…you must give your heart to no one not even an animal…lock it up safe in the casket or coffin of your selfishness. But in that casket – safe, dark, motionless, airless – it will change, it will not be broken it will become unbreakable, impenetrable, irredeemable.”

Essentially, by presenting all of these loves, Lewis offers us a choice: take a chance and risk the heartbreak of love, or suffer the isolation of loneliness.

Jean-Paul Sartre might be the most famous philosopher of the 20th century, but he was terrible with relationships. For one thing, he believed “love is conflict.” For another, he was terrible to De Beauvoir. He kept their relationship open believing it would allow him to retain his freedom despite hurting her feelings. Also, “Sartre’s financial and emotional support of many ex-girlfriends contradicted their freedom. Sartre explained it philosophically as freely choosing his priorities, and practically as preferring ‘to be a fool than a jerk’. De Beauvoir said that it was his ‘guilty conscience’,” explains Dr. Skye Cleary in The Philosopher’s Zone.

All of those actions may have stemmed from his belief that life was meaningless. Or, as he explained in his essay ‘Being and Nothingness’, “existence precedes essence” — meaning, “human beings first come into existence then they determine their own essence,” as professor Dallas Roark explains in On Existentialism. That idea led to Sartre’s most famous: radical freedom. “Man is condemned to be free. Condemned, because he did not create himself, yet is nevertheless at liberty, and from the moment that he is thrown into this world he is responsible for everything he does,” cites philosopher Walter Arnold Kaufman in his book Existentialism from Dostoevsky to Sartre.

Basically man is responsible for every single thing about his destiny but all of it is meaningless. That is not helpful relationship advice. 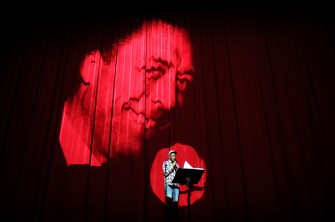 Albert Camus was a French author, philosopher and journalist. He was also more of a pessimist than Sartre. While he too believed life was meaningless, Camus’ belief stemmed less from a crisis of existence than a failing in the universe itself. His biggest idea, explained in the essay The Myth of Sisyphus, was that the universe is irrational and meaningless — yet we are desperate to find meaning in it: “… my appetite for the absolute and for unity” meets “the impossibility of reducing this world to a rational and reasonable principle.”

In reaction to that impossibility, Camus posits three responses: ignore it and distract ourselves, accept it and kill ourselves, or revolt against it and be happy anyway. That third option is the foundation of absurdist philosophy. The absurd human is the one who realizes the meaningless of life and continues to live anyway. As Camus explains in The Stranger: “What really counted was the possibility of escape, a leap to freedom, out of the implacable ritual, a wild run for it that would give whatever chance for hope there was.”

Basically, any opportunity to escape the grind of the meaninglessness was the meaning of life. That is also not helpful relationship advice.

Hopefully these tips help you out the next time you need some relationship advice.

Two-thirds of romances start out as friendships.
Neuropsych

Might as well face it, you’re addicted to love.
Up Next
Starts With A Bang

Could our Universe have arisen from a black hole?

And could every black hole our Universe creates give rise to a baby Universe itself?“Man is something that shall be overcome. Man is a rope,tied between beast and overman — a rope over […]