Most folks who have been on the dating scene since the advent of smartphones are familiar with ‘ghosting’, the practice of suddenly cutting off all contact with a romantic partner: not responding to or sending texts, not picking up the phone, unfriending on social media, and so on. In essence, it’s an effort to make your digital self disappear from the recently dumped person’s life.

There are plenty of reasons why ghosting is an unsavory practice. For one, the ghosted party doesn’t realize they’ve been dumped for quite some time. It also implies a disregard for the other person’s feelings and conveys a sense that they don’t matter all that much. However, not everybody feels the same way about this practice. 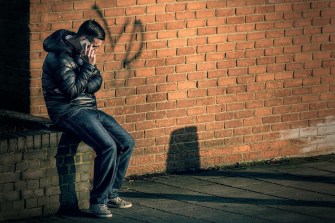 Photo by James Sutton on Unsplash

Ghosting is more popular with believers in romantic destiny

Recent research in the Journal of Social and Personal Relationships revealed that people’s feelings and practices in regard to ghosting depend on which romantic camp they belong to: Those with destiny mindsets or those with growth mindsets.

Co-author Gili Freedman and colleagues write, “[People] with stronger destiny beliefs are more likely to believe that individuals within relationships are either meant to be together or they are not—that is, individuals have soulmates.” People with destiny beliefs are love-at-first-sight people. They have a soulmate, and after they find them, they’ll have the ideal relationship together.

In contrast, Freedman writes, “individuals with stronger growth beliefs think that relationships are malleable and can be improved upon through communication and overcoming hurdles in the relationship.” Growth-oriented people believe that a relationship is made rather than born. It’s important to remember that these two attitudes aren’t exactly mutually exclusive, and people can have these attitudes in different degrees.

Freedman and colleagues were interested in how these two broad categories of people approached break-ups – specifically, what they thought of ghosting. To find this out, they conducted two studies; the first was to assess people’s attitudes and practices towards ghosting, and the second was to replicate the results of the first as well as to uncover what people thought of ghosting in friendships as opposed to romantic relationships. In both studies, the participants were given a questionnaire designed to measure whether they had more of a destiny-oriented attitude or more of a growth-oriented attitude.

The second study replicated these results, and also showed that people from both camps believed it was more acceptable to ghost friends, either short-term or long-term friends, than it was to ghost a romantic partner.

Why we feel differently about ghosting

Another interesting finding was how growth-oriented people’s opinions on ghosting changed over time. They believed that ghosting was more acceptable the earlier in a relationship it occurred, especially if it happened prior to physical intimacy. In contrast, destiny-oriented people felt that ghosting was acceptable pretty much any time. The authors speculated that this could be because a destiny-oriented individual is more likely to have a love-at-first-sight effect; once they begin contact with somebody, their relationship has begun because they are destined for one another. Growth-minded people are more likely to believe a relationship has begun after they’ve met a major milestone, like physical intimacy.

So, the next time somebody ghosts you, don’t feel too bad; they might just see the world in a different way than you. And the next time you consider ghosting somebody else, maybe consider whether they’ll take it as a sign that it “wasn’t meant to be” or as a harsh rebuke.

One study estimated that 80% of people include “deviations” from the truth in their online profiles.
Up Next
Diversity & Inclusion

How leaders rise: Do this to move up the ladder at work