Imagine you were asked to predict the score of an upcoming match between your favorite sports team and its rival. Now, imagine you were allowed to revise your prediction at any time before the match. Would it do you any good?

Probably not. A new study suggests that it’s better to trust your gut and stick to your original prediction. Published in the Journal of Behavioral and Experimental Economics, the study examined the accuracy of predictions made by 150 users of a popular sports betting website. In total, these users made 57,000 predictions on the final scores of soccer matches in the English Premier League during the 2017-2018 season.

Why did users change their minds?

“We can only speculate, but we might imagine that game players input their initial forecast, following which they look at the latest online betting odds on the match, or look for other information which might affect their judgement, such as news on team selection for the match,” the researchers wrote. “Alternatively, these revisions could simply be the result of changes to initial judgements without any new information.”

You might think the ability to revise your prediction would be an advantage. After all, maybe you had more time to carefully consider which team is more likely to win. Maybe public opinion on the two teams had shifted over time. Or maybe one of the teams had recently begun an incredible winning streak.

But the results of the study showed that prediction accuracy decreased significantly — by about 17 percent — when users revised their original predictions. Why? Given that the study controlled for variations by players and teams, it’s unlikely that the drop-off in accuracy was due to some matches being harder to predict than others, or some users being better predictors than others. 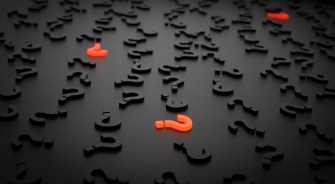 One possible explanation is a behavioral bias that describes how people are likely to overreact to news that is salient. So, when you learn, for instance, that a player on one of the teams was injured, you might respond excessively to that news, leading you to revise your original prediction.

The results revealed that revisions made after a longer period of time, as opposed to just a few minutes, were much less likely to be correct. Also, users were less likely to predict correctly when their revised predictions included higher scores, for example, changing a 1-2 outcome to a 2-3 outcome. Interestingly, most users underestimated the likelihood of a 0-0 draw. Broadly, this suggests that we tend to falsely believe it’s more likely for something to happen than nothing.

The researchers wrote that their findings “could have relevance to other contexts where judgmental forecasting explicitly takes place and which have real economic importance, such as in company management and planning, financial markets and macroeconomic policy.”

Of course, sometimes new information should cause us to revise our decisions. But for situations where new information is unlikely to significantly alter the outcome, the results suggest it’s best to make a decision and stick with it.

This aligns with research from Stanford professor Baba Shiv, an expert in the neuroscience of decision-making. Shiv’s research found that, even though we often face tough trade-offs when making complex and emotional decisions, a key component of successful decisions is staying committed to our choice. Shiv told Stanford Business magazine: “When you feel a trade-off conflict, it just behooves you to focus on your gut.”

Is artificial-womb technology a tool for women’s liberation?

The blood, sweat, and tears might not be so intrinsic to the process after all.