With the nation’s “quit rate” recently reaching a 20-year high and a post-pandemic future in our midst, organizations hoping to retain their top talent would be mistaken to ignore the numerous benefits of cultivating psychological safety at work.

What is psychological safety?

Harvard Business School professor Amy Edmondson spent years studying teaming and organizational learning before coining the phrase “psychological safety” in 1999. She defined it as: “a team climate characterized by interpersonal trust and mutual respect in which people are comfortable being themselves.” Essentially, it’s a team where members can bring their whole selves to work and speak up without fear of reprimand.

In the early 2010s, Google conducted extensive research by studying 180 teams and analyzing over 250 team attributes. The goal was to better understand why some teams are more successful than others and their efforts came to be known as Project Aristotle.

While Google’s research was unable to decipher an algorithm for perfectly assembling teams, they did uncover five dynamics that seemed to set high-functioning teams apart from the rest:

The results show that learning and development leaders can’t stop at influencing individual productivity. Effective team collaboration is vital for any organization to reach its potential, and psychological safety plays a key role in promoting collaborative group dynamics.

The four stages of psychological safety

Clark’s model suggests that as teams grow in respect and permission (how much individuals are allowed to participate in and influence the group), they advance deeper into the four levels of psychological safety.

The four stages, outlined below in order of simplest to most complex, all build upon basic psychological needs.

1. Inclusion safety: Members feel accepted as a part of the team – they’re wanted, appreciated, and don’t feel excluded from the rest of the group.

3. Contributor safety: Members feel safe to offer their own ideas without fear of embarrassment or ridicule. They’re adding value to the team and making a difference.

4. Challenger safety: Group members can question others (including those in authority) and suggest significant changes to ideas, plans, or processes. This stage incurs the highest personal risk because members are challenging the way things are.

Clark says people thrive in environments that facilitate these four stages – “there’s an explosion of confidence, engagement, and performance.” But if individuals don’t feel safe in these four areas, they can shut down and become inhibited from reaching their full potential.

It’s also important to understand that psychological safety isn’t static, but it evolves over time. There’s no simple on/off switch, and it’s not a trait that you either have or don’t. Teams might move forward on the scale at times and backwards at others. Additionally, if someone on a team is at a different stage than the rest of the team, it can cause the entire team to feel incongruous.

It’s clear that organizations seeking to empower their people and improve performance should be focusing on psychological safety, but what does that look like in action? Learning and development teams can help cultivate psychological safety at work by taking the following steps.

NYU School of Law professor Kenji Yoshino partnered with Deloitte to study “covering” – when a person modulates their identity to be accepted by the mainstream. Their study found that out of 3,120 individuals surveyed (including a mix of ages, genders, ethnicities, and orientations) across 10 different industries, 61% reported covering at work. Additionally, more than half of those individuals said that covering is “somewhat to extremely” detrimental to their sense of self.

Yoshino says organizations should respond by “thinking about the entire human being, their human flourishing, and their happiness.” Allowing employees to be their authentic selves at work helps break down barriers toward the first stage of psychological safety – inclusion safety.

To ensure that all members of a team feel like they belong, L&D can:

Honest, fair feedback is a core tenet of a psychologically safe workplace. As workers progress through the learner safety stage of psychological safety, they need to be able to learn from their peers and admit mistakes, all in the spirit of learning and growth – without the threat of demerits or performance documentation.

Honest, fair feedback is a core tenet of a psychologically safe workplace.

To help create a culture in which this is encouraged, L&D teams can offer training programs that teach employees how to give feedback appropriately and why it’s important to do so. Since effectively giving feedback is a skill, training should build in chances for learners to practice in a safe environment, such as through role play exercises.

Team leaders can also serve as an example in how they give and accept feedback. When leaders proactively ask others for feedback, it signals to the entire team that feedback is encouraged and expected.

Leaders are responsible for setting the tone for this type of climate through their actions and more specifically, their leadership techniques. The research showed that consultative leadership and supportive leadership behaviors have the biggest impact on a positive team climate and thus, psychological safety.

Consultative leadership is when leaders welcome input from their teams and consider that input when making decisions. Supportive leadership involves caring for team members as people – not just employees of the company.

Management training programs should offer lessons on how to develop skills such as supportive and consultative leadership. Emotional intelligence competencies are also key for leaders to develop if they are to foster psychological safety in the workplace. 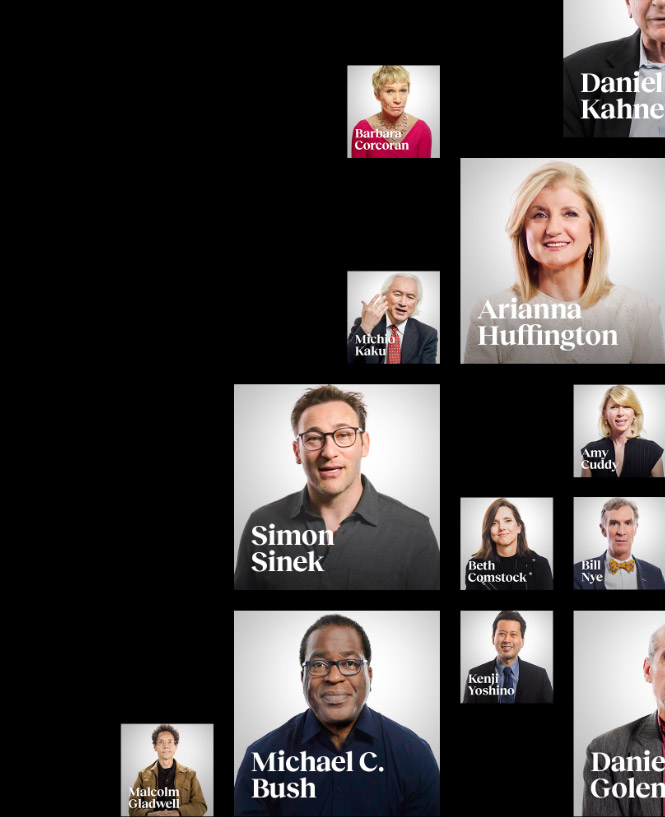 Try Big Think+ for your business
Engaging content on the skills that matter, taught by world-class experts.
Request a Demo

How training is delivered also matters. Research has shown that video learning can be more effective than in-person lectures. And when offered in an on-demand format, pre-recorded videos can remove even more barriers to learning – in a typical work week, most employees only have about 20 spare minutes to dedicate to development.

A well-designed, easily accessible lesson, such as the one below from executive coach and leadership expert Alisa Cohn, can be used to instill the best practices of creating a psychologically safe environment.

Getting into the habit of praising team members for their achievements is a win-win scenario – it helps employees develop positive relationships with others, while the person on the receiving end of the praise understands the value of their work as they progress through Clark’s contributor safety stage.

In a Harvard Business Review article, executive coach Laura Delizonna points out that human beings have been hardwired to process challenges by a boss, co-worker, or subordinate as a life-or-death threat.

“The amygdala, the alarm bell in the brain, ignites the fight-or-flight response, hijacking higher brain centers… Quite literally, just when we need it most, we lose our minds. While that fight-or-flight reaction may save us in life-or-death situations, it handicaps the strategic thinking needed in today’s workplace,” Delizonna states.

Humans have been hardwired to process challenges by a boss, co-worker, or subordinate as a life-or-death threat.

Because of these evolutionary responses, challenger safety is perhaps the most difficult stage to reach on the path to psychological safety. But building trust can counteract this challenge.

“When you trust someone, it’s like the impossible becomes possible,” Angie McArthur, founder of a global consulting firm, says. According to McArthur, trust can either be a roadblock or a highway, but demystifying trust is a key step in building it. Teams should talk openly about specific actions that can help members trust one another more – such as transparency around daily tasks or timeliness when turning projects in.

Leaders within organizations can use these same questions to get a pulse on psychological safety levels throughout their teams and departments. Once a baseline is established, L&D can offer support and deeper training around any areas that might be lacking.

Be intentional when remote

COVID-19 forever changed the way teams work and many organizations plan to retain a remote work policy in the future. But just because most of our interactions are now done through screens doesn’t make creating psychological safety any less important.

In remote and hybrid environments, leaders must be even more intentional about checking in on their teams with regular one-on-one video calls. To make sure inclusivity continues to grow, managers can consider pairing people together on projects who don’t typically work together. Team members can also be encouraged to host virtual, cross-functional brainstorming sessions when kicking off new projects.

Virtual interactions can be more beneficial than we realize for creating psychological safety. For instance, since calls must be scheduled in advance and chat messages can be rewritten prior to sending, more preparation time can go into thoughtful, respectful communication.

Although screens can make it harder to read body language, they can also help employees practice active listening during calls. In person, it can be socially awkward to make eye contact for long periods of time. Video calls remove this barrier, so team members might be able to pick up on social and emotional cues more, and better understand what the speaker is saying as a result.

Studies have shown that organizations which cultivate a growth mindset – one where it’s okay to fail – have happier employees and more innovative cultures. Supervisors in such organizations rate their teams as more collaborative as well.

Building psychological safety at work comes naturally in this sort of culture. L&D teams can work with leaders to establish these norms, helping all employees progress through Clarks’ four stages in the process. Organizations that put psychological safety first in these ways will be the ones that thrive.

Sign up to receive new research and insights every Tuesday.