Hot off the Congressional presses and awaiting passage by this coming Friday night is a brand new omnibus spending bill. Contained within are a lot of dollars allocated to a lot of programs that have yet to be analyzed fully; just note an image of the bill taken by Rep. Pramila Jayapal, District 7 Representative from the state of Washington: 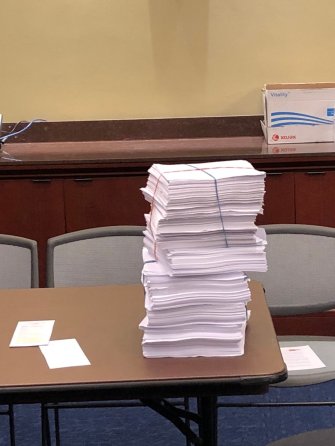 Here’s a picture of the bill that was filed by the GOP at 8 pm last night. We are about to vote on the rule to bring this to a vote in THIRTY FIVE MINUTES. pic.twitter.com/BjLm0PzxN1

If the bill is not passed, there will be another government shutdown — and it’s clear both parties want to avoid that, and its political consequences in an election year; the mid-term election cycle has already begun, and there are signs that people are angry.

As it awaits study and dissection, fans of NASA can at least appreciate something unexpected: Despite proposed cuts to it by the #45 administration, this bill actually approves more — 20.7 billion — for its budget. 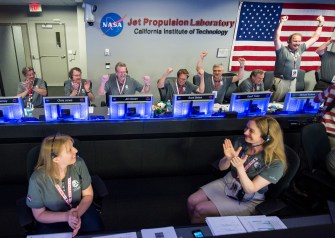 That funding will go to everything from Earth science programs to NASA education programs to the Restore-L satellite servicing mission to the NASA Wide Field Infrared Survey Telescope mission, to the James Webb Space Telescope.

Some other winners include NASA’s science planetary science program, the Europa Clipper mission and lander, and a helicopter for the 2020 Mars Rover mission.

In an otherwise dark time for science, the idea that NASA could get extra funding is a welcome surprise.

Ancient deer-like creatures returned to the ocean to become whales. But why?

Researchers are starting to get a handle on why ancient creatures returned to the ocean after their ancient ancestors climbed out of it.