Those in the club that includes those worth over $30 million usually spend their investment dollars on wine. But last year?

In times of economic disparity, these folks invest in things like that; it’s actually a clear indication that giving even more wealth to the top doesn’t translate to jobs, but giving a tax break—or, say, an increase in wages—to poor and middle-class folks would.

One of them, Entrepreneur and Venture Capitalist Nick Hanauer, once summed it up nicely:

“We plutocrats need to get this trickle-down economics thing behind us; this idea that the better we do, the better everyone else will do. It’s not true. How could it be? I earn 1,000 times the median wage, but I do not buy 1,000 times as much stuff, do I?”

The annual Wealth Report illustrates what the wealthy are buying for investment purposes, revealing that art came in first in 2017 with 21% growth, followed by wine. Not necessarily for drinking, but primarily for investment. You know… like ya do. 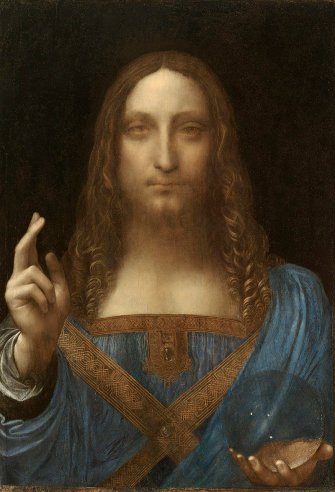 The other notable work of art that added to the art category as an increased investment last year was the most expensive ever by a U.S. artist; “Untitled” by Jean-Michael Basquiat, at $110.5 million. 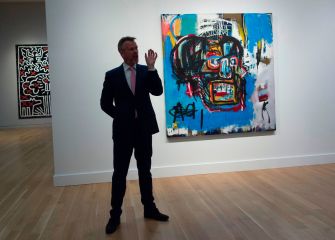 In 2016, wine was the top investment for wealthy individuals, seeing a 24% growth, and it was in second place in 2017 with an increase of 11% over the previous year. 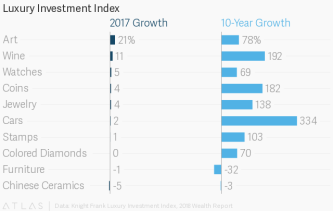 So… wine, art, and 3rd, 4th, 5th on the list are watches, rare coins, and jewelry—pretty much the definition of luxury investments right there.

What’ll it be next year?

I will predict, based on where things are headed right now: Lawyers. Whoops… people are not on this list.

What would school be like if Albert Einstein was your principal?

Einstein didn’t like the schools he went to, how would he improve them?