The State Department has reached a settlement with Defense Distributed, which publishes downloadable schematics for 3D-printed guns, in a landmark decision that will enable the controversial organization to publish CAD files of firearms on its DEFCAD website.

Starting August 1, anyone in the world with a 3D printer, some raw materials and an open internet connection will be able to produce their own gun, including classic firearms like the AR-10 and Beretta M9, as well as the Liberator, the world’s first 3D-printed gun.

Defense Distributed was co-founded in 2012 by Cody Wilson, then a law student at the University of Texas and a self-described crypto-anarchist who’s since helped develop other controversial projects, like Hatreon, a crowdfunding site devoid of hate speech laws, as well as nominating himself to the Bitcoin Foundation for “the sole purpose of destroying the Foundation.”

In 2013, Defense Distributed made headlines after manufacturing and demonstrating the Liberator, a 3D-printed handgun whose parts are plastic save for one metal component, and the bullet.

“You can print a lethal device. It’s kind of scary, but that’s what we’re aiming to show,” Wilson told Forbes’ Andy Greenberg in 2012. “Anywhere there’s a computer and an Internet connection, there would be the promise of a gun.”

Almost immediately after the first shot was fired, the government moved to stop Defense Distributed, arguing that the organization had violated the International Traffic in Arms Regulations, which restricts the export of military-related weapons. 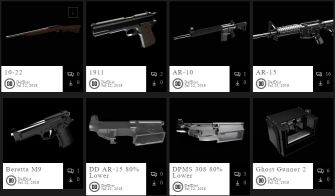 But attorneys for Defense Distributed successfully argued that the State Department’s actions violated their clients’ First and Second Amendment rights. The lawyers, bolstered by past legal precedent that ruled legal the online exchange of encryption techniques, argued that gun schematics are code, and code is speech. Therefore, the publishing of gun schematics is protected by the First and Second Amendments.

The Liberator and other 3D-printed guns might be operational, but they’re not as reliable or well-made as traditional metal guns. As Lewis Page wrote for The Register, the Liberator “isn’t any more a gun than any other very short piece of plastic pipe is a “gun.”” It is, however, much harder to trace.

In any case, the decision highlights how evolving technology will make it increasingly difficult to regulate and track guns, and it also hints at other precarious legal questions about code and speech that have yet to emerge.

A disturbing interview given by a KGB defector in 1984 describes America of today and outlines four stages of mass brainwashing used by the KGB.