One of the objectives of the criminal justice system is to protect the innocent and discourage would-be perpetrators from harming them. Whether it does this in reality or not is another matter. But who among us is more innocent or vulnerable than our pets? They rely on us for so much. Most of us consider our pet a member of the family. The question is, how far should the law go to protect them?

This debate has blossomed recently, due to the number of US jurisdictions passing laws creating animal abuse abuser registries. This is much like a sex offender registry. Tennessee passed a statewide law, the first, in 2016. Connecticut, Washington, and Texas may be next. Some other states are considering such a registry as well.

Several counties in New York, Cook County Illinois, Hillsborough County Florida, and others, have already passed such laws. These include some of the country’s largest metropolitan areas such as Tampa, Chicago, and New York City. Meanwhile, similar laws are worming their way through councils and legislatures in cities and counties across the country. 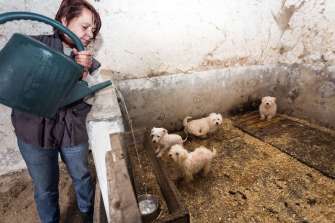 How far should we go in curbing animal abuse and punishing abusers? Credit: Getty Images.

So what does such a law mean and how does it change things? Usually, a violator’s name, alias, address, date of birth, and photo are published on the state or county’s animal abuser website. It’s searchable, just like a sex offender site. Users will also be able to see the date of conviction and when it expires.

First time offenders in most places pay a registration fee. It’s usually around $50. They have their profile on the registry generally for two years, while repeat offenders are stuck up for about five. A Suffolk County, New York law states that violators who fail to register face a $1,000 fine and jail time.

Such a website may be good for shelters and breeders who want to vet customers and for pet owners, to check out their sitter. Another important aspect, in several jurisdictions people buying or adopting pets have to sign an affidavit saying they aren’t animal abusers.

Some supporters of these laws have pointed out that there’s a relationship between animal abuse and domestic violence. Serial killers often start out by abusing animals, before they move up to humans. This is in the most extreme cases, however. According to the Humane Society, the most widespread type of animal abuse is neglect. Neglectful pet owners don’t often harm humans or animals in any other way. 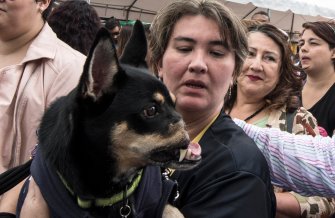 High profile cases raise our ire. But are they common? Credit: Getty Images.

The Animal Legal Defense Fund, a Bay area nonprofit dedicated to protecting animals, was the first to shop around the idea of an animal abuser registry. Their director of legislative affairs, Chris Green, told the San Francisco Chronicle that on the federal level, “There is no existing mechanism to prevent someone convicted of animal abuse from walking into a shelter or going on Craigslist and getting a new animal.”

Meanwhile, the Humane Society and the Civil Liberties Union fall on the other side of the debate, against such a registry. They claim that many animal abusers suffer from mental illness.

Humane Society Spokeswoman Jennifer Fearing said that rather than public shaming, targeted educational programs and mental health efforts would be more effective and less inflammatory. “We should be very careful to strike a balance between preventing future animal cruelty, protecting civil liberties, and promoting redemption and rehabilitation,” she said.

Lots of animal rights organizations and shelters keep their own lists. But these don’t often get into the hands of authorities. Animal abuse is considered a misdemeanor in most states and the most heinous acts are considered a felony, in all 50. Animal cruelty has also made it to the FBI’s list of Class A felonies. It monitors for such incidence just as it does for major crimes such as murder.

But whether we should go a step further and have a federal animal abuser registry is still hotly debated. According to polling site Debate.com, 64% of respondents believe we should. Want to weigh in yourself? Click here. If you believe someone is abusing animals, be sure and contact The Human Society or dial 911.

More and more, we’re finding out that animals have complex behaviors that make them seem, well, more like us. So will we ever be able to say, talk with certain animals? See what Michio Kaku thinks here:

Feversham Academy in Bradford, England has profoundly improved its students’ performance by adding a lot more music to their curriculum.