It’s a minefield: Another new study presents evidence of what heterosexual women want. Still, the lead author of the study is a woman, Pelin Gul. (Her co-author is Tom R. Kupfer.) The study, recently published in Sage Journals, is called “Benevolent Sexism and Mate Preferences: Why Do Women Prefer Benevolent Men Despite Recognizing That They Can Be Undermining?” Previous studies suggest that this happens more often than you’d expect.

Benevolent sexism—or BS, amusingly enough—is an existing research term that refers to “an affectionate but patronizing attitude that treats women as needing men’s help, protection, and provision (i.e., as being more like children than adults).”

“We haven’t coined the term ‘benevolent sexism,’ previous researchers did,” Gul tells PsyPost. What she does see as her concern is finding out why a woman would prefer it in a potential partner to someone who truly sees her as his equal. “Previous studies have found that men’s benevolent sexism has many detrimental consequences on women (such as undermining their competence, restricting their freedom, confining them to the kitchen), yet research had also shown that women prefer benevolent sexist men and even find these men more attractive than non-benevolent sexist men.” 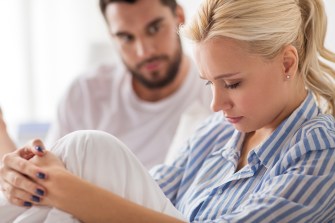 More overt hostile sexism is abbreviated in the study as HS.

The goals of the study

The new study had two goals.

The frequent explanation for the attractiveness of BS is that the women who exhibit it are unaware of BS’s potentially insidious effects. This idea itself may strike one as sexist, as it suggests that the women are just too clueless to understand what’s going on. Gul and Kupfer wanted to see how well this “protection racket theory” held up. The study summarizes it as “claims that women embrace male BS attitudes for benefits such as protection, provision, and affection when they perceive themselves to be surrounded with men who hold HS attitudes.”

Second, the researchers had their own theory, built on evolutionary and sociocultural perspectives regarding female mate preferences: “It could be that women’s attraction to benevolent sexist men is because they perceive these men as willing to invest, which could even outweigh the downsides of benevolent sexism.”

This would align with the “parental investment hypothesis,” an evolution-based theory which asserts, according to the study, that, “sex differences in parental investment—typically months of gestation followed by energetically costly lactation for the female, compared with a few sex cells from the male—mean that females will be the more selective sex.” Therefore, “females who select mates who are able and willing to provide these resources leave more descendants than less selective females.” 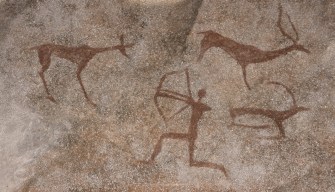 The study was constructed to assess the accuracy of three predictions:

To do this, 782 female subjects of varying ages from about 17 to 50, were questioned in five separate experiments, labeled 1a, 1b, 2a, 2b, and 3, each optimized to measure some aspect of these hypotheses.

Results of the five tests

Studies 1a and 1b verified that women found a man with BS attitudes more attractive than one who was more egalitarian, in both romantic and work contexts. It also demonstrated the women were well aware that these men were being patronizing and undermining, but were nonetheless attracted. Studies 2a and 2b removed the work context from questioning and found the effects of 1a and 1b still held.

In all four of these tests, subjects were also assessed as being “high” or “low” feminists—BS attractiveness remains for both types of women. It didn’t seem to be much of a factor.

Study 3 was about testing the protection racket theory. After asking subjects to imagine themselves in an environment full of HS attitudes, the researchers found no effect on how attracted the women were to BS males. The results, say the study, “ruled out the protection racket hypothesis as an alternative explanation by showing that the degree of male HS that women perceived in their environment did not predict attractiveness of the romantic partner with BS attitudes.”

Gul and Kupfer feel that the mechanisms behind mate selection for heterosexual females are important to understand since previous research “suggests that women who perceive themselves as having kind and committed partners have higher marital and sexual satisfaction.” The more controversial takeaway is that “it might not always be desirable to discourage women from preferring mates with benevolent [as opposed to egalitarian] gender attitudes if these are beneficial for well-being.”

This isn’t the end of the story, of course, since as Gul says, “There is a lot that still needs to be addressed. For instance, do women differentiate between male behavior that is genuinely benevolent and that which is intended to patronize and undermine them? If women can tell the difference, then how do they react? Do they have ways to defend themselves against it? Women say they prefer benevolent men, but it would be interesting to see if women who do have benevolent mates have greater relationship satisfaction.”

As the study says, “A more nuanced understanding of male benevolence and female mate preferences could help to identify means to decrease the negative effects of BS, while helping women (and men) understand how to have fulfilling relationships that enhance well-being.”

Evolution got us here, but we can change where we’re going

History is not necessarily destiny, especially when it comes to how we treat one another.