Nobody can deny that the world is changing, and it seems to be changing faster and faster. The life skills we’ll need in order to navigate this world are changing too. But at the same time, there are certain skills that will always be relevant and necessary. How can we best untangle the world around us and identify which skills we should be cultivating?

The Pew Research Center conducted a survey to answer that very question. They asked a randomly selected, national sample of 3,154 Americans what they thought were the most important skills to have. “Regardless of whether or not you think these skills are good to have,” they asked, “which ones do you think are most important for children to get ahead in the world today?” Here’s how the results broke down. 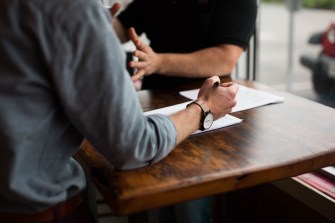 By far, good communication was considered be the most important skill to have. It’s something of a nebulous concept — who can’t communicate well, and how would one go about getting better at it anyhow? But people do differ in regard to how well they communicate, and good communicators have better lives in almost every way.

Research has shown that good communicators have better marriages (duh). They also make more money, and communication skills are the number one skill that employers look for in candidates. After all, it’s hard to complete a project if you don’t understand the requirements and can’t explain its benefits. Good communicators like themselves more, are more likely to be successful entrepreneurs, and are better at thinking critically about media and parsing questionable sources.

Unsurprisingly, psychotherapists have much to say on this subject. They’ve identified four basic types of communication styles.

How to remember everything you read

Like communication, reading seems like a skill that nearly everybody already has and doesn’t really need to be improved further. This isn’t entirely true. Many of us spend time reading in high school and college, but that practice often falls off in adulthood. In fact, about one-quarter of American adults claim that they haven’t read a book in the past 12 months. What are we missing out on when we don’t keep our reading skills sharp?

For one, reading makes you more intelligent. A study on 1,890 twins found that whichever twin had the stronger reading ability also scored higher on general intelligence tests, even in nonverbal domains. Reading ability has also been shown to protect memory, to promote self-esteem, and to encourage greater life-satisfaction.

But these benefits aren’t gained from the majority of content that we read today. The fast-paced nature of internet articles encourages us to just read the headline and skim the first few paragraphs, but this doesn’t provide the total immersion that occurs 10 or 20 minutes after getting into a good book.

Experts can offer us some practical advice as to how we can really upgrade our reading routine. First, reading with intention is an excellent way to dive deeper into whatever work you’ve chosen. This could look like deliberately setting aside a reading time, taking notes, highlighting, or just telling yourself that “Now I’m going to read for a little while.” A lot of people cite a lack of time as the main thing that stops them from reading. But as reading comes to take a larger place in your life, you’ll make time for it. Setting small, achievable goals is a great way to start making that time. Just reading for a few minutes at the same time every day, say, five minutes before bed, is a great way to build a habit. 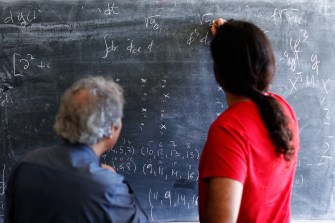 Even though math skills are clearly more tangible than reading or communication, it’s still undervalued compared to other, more clearly work-related skills, even ones that involve math like engineering, chemistry, or business. There is no math class in the history of math classes where the question “When am I ever going to use this?” hasn’t come up. In reality, possessing strong math skills is at least as beneficial and as ubiquitously needed as possessing strong communication and reading skills.

In fact, research has found that having strong math skills at an early age is the best predictor for later success. Part of this is because of the technical and prestigious fields that a strong math education can lead to, but another part is that mathematics relies on strong executive functioning, like the ability to suppress distracting thoughts and sensations, to mentally hold and work with information, and to think in a flexible manner.

One persistent belief about mathematics is that some people are just born with the right kind of head for it, and others don’t have the innate spark that makes some people gifted in this regard. Like any skill, this is only partially true. Researcher Tanya Evans conducted brain scans on groups of children to identify what was going on in the heads of kids who were particularly gifted at math. Evans found that having more gray matter in certain regions of the brain predicted math performance, but that the connections built over time between these regions were extremely important as well. Even identifying these kinds of characteristics in the brain couldn’t predict whether a child would be successful at math 100% of the time

“There’s a remarkable amount of heterogeneity in how each kid can end up,” Evans told The Boston Globe. “That’s pretty promising for parents. Just because at this age my kid is not performing as well as I’d like them to doesn’t necessarily set them on a path to do poorly.”

These three skills — communication, reading, and mathematics — are what Americans believe to be the top three most important life skills for individuals to cope with and thrive in our dynamic world. It’s often tempting to look at one of these domains and say that we’re just not cut out for it, but this defeatist attitude excludes us from the benefits that even a little work would provide. Not everybody is going to be an orator, a literature professor, or a theoretical physicist, but we can all benefit from learning how to improve our interpersonal communication, from honing our sense of empathy through books, and from thinking about the world in a more precise and rigorous way.

Bring not a bagpipe to a man in trouble.
Starts With A Bang

The biggest difference between physics and mathematics

If you can model anything in the Universe with an equation, mathematics is how you get the solution(s). Physics must go a step further.
Neuropsych

We’re overthinking being nice.
Up Next
Health

A new study looks at astronauts’ brains after they come back home.